The foot of Buren was wet after a day and some of solid rain, but I and Gustav still made good progress through puddles, slippery grass and mud. 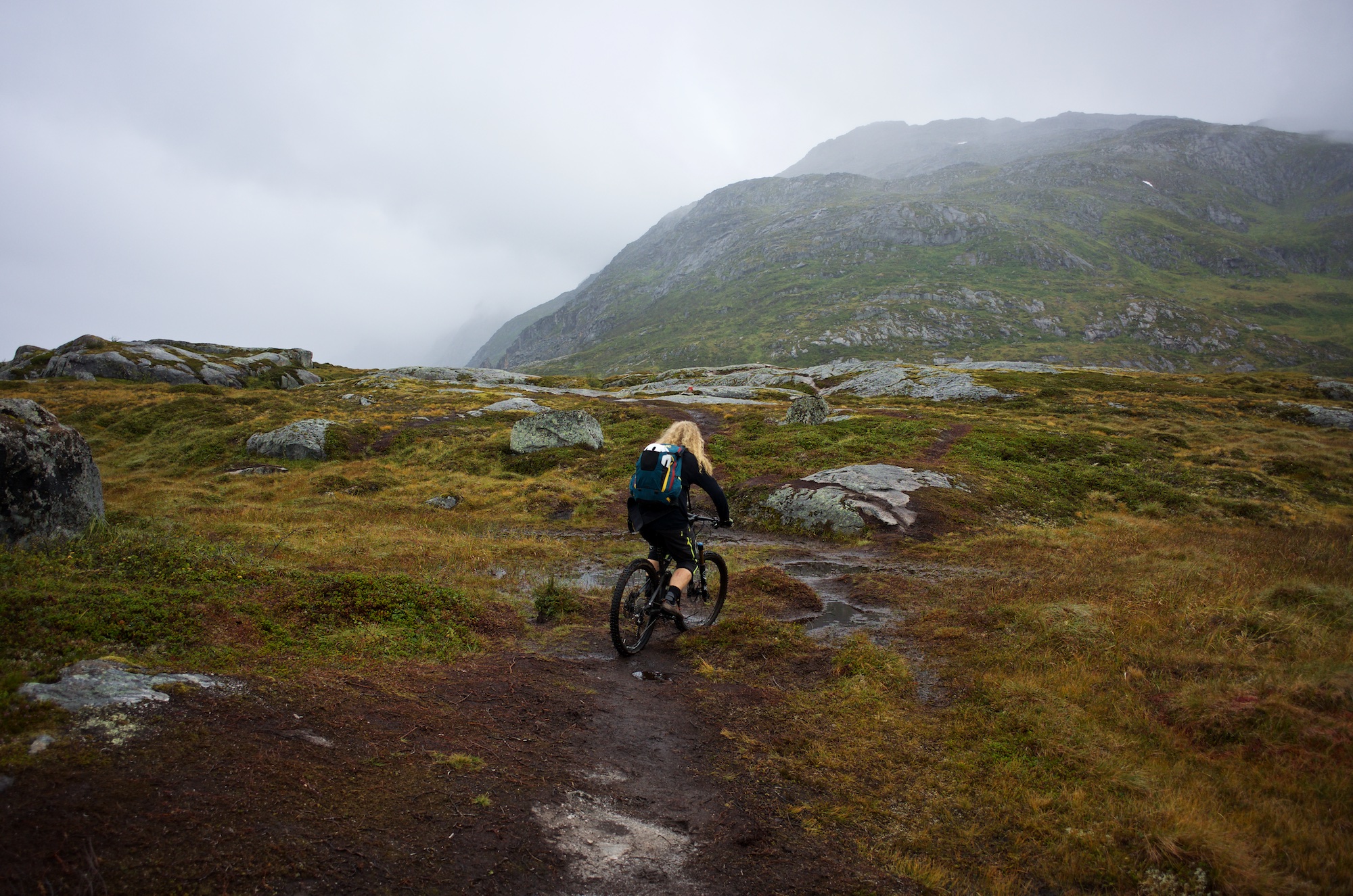 The heather that had been warm, dry and comforting for so long was now soaked and cold, reminding us that summer might not last forever. 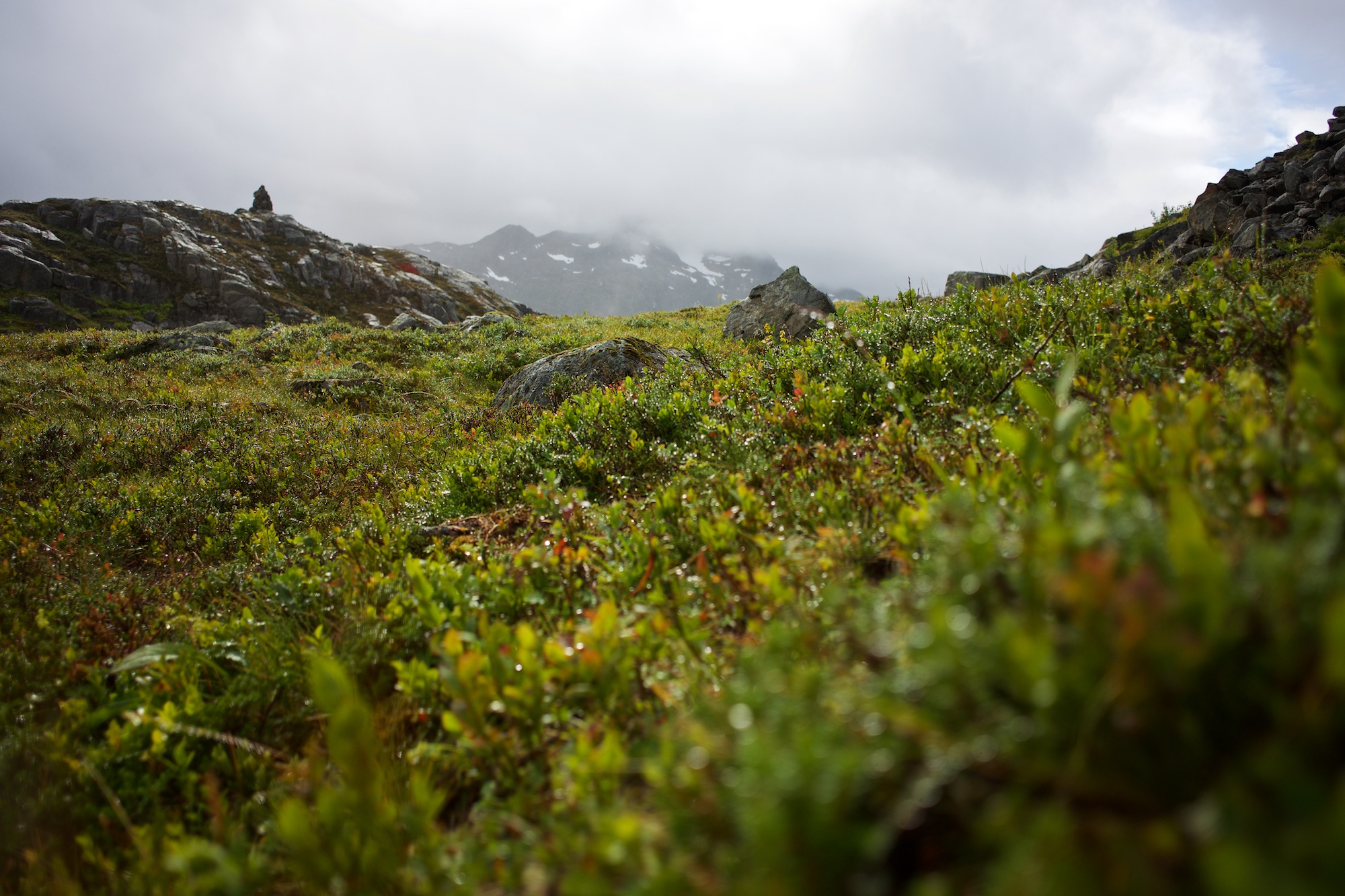 As an additional perk, my Stumpjumper is enjoying some downtime due to technical difficulties, and I have spent a few days now on the 4x bike. Let's just say that with 100mm travel up front, none in the rear and a 69° head angle it is almost as confidence inspiring, stable, fast and forgiving as the big bike. Well, at least it is low, so I am close to the ground when things go pear shaped. 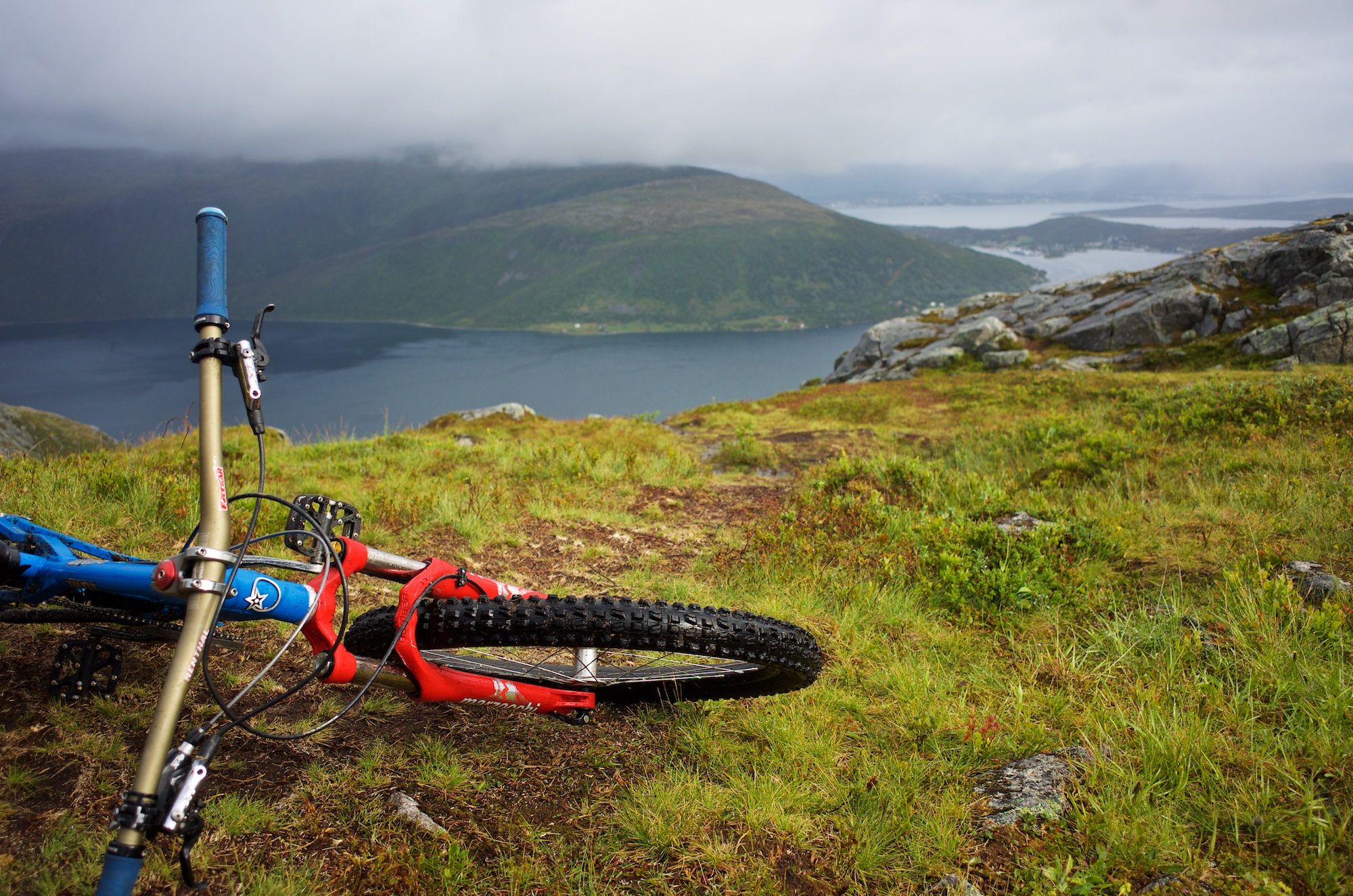 We decided to turn around not because the trail became harder, but simply because we'd had it. 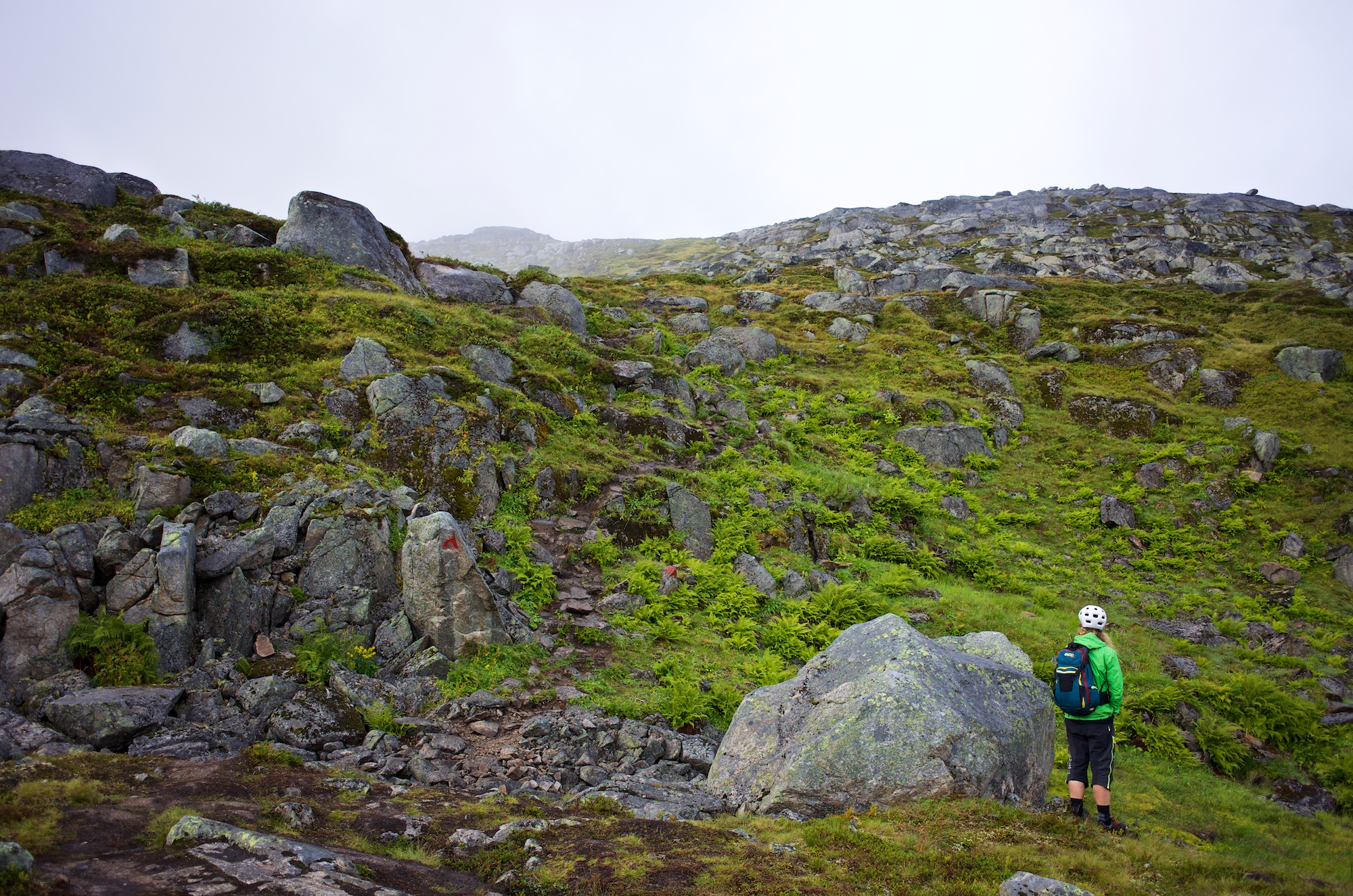 As a matter of fact, the trail was more or less equally hard all the way. In the wet, that translates to quite hard. On the 4x bike, it was rather butt-clenching, in a fun way if there ever was such a thing. 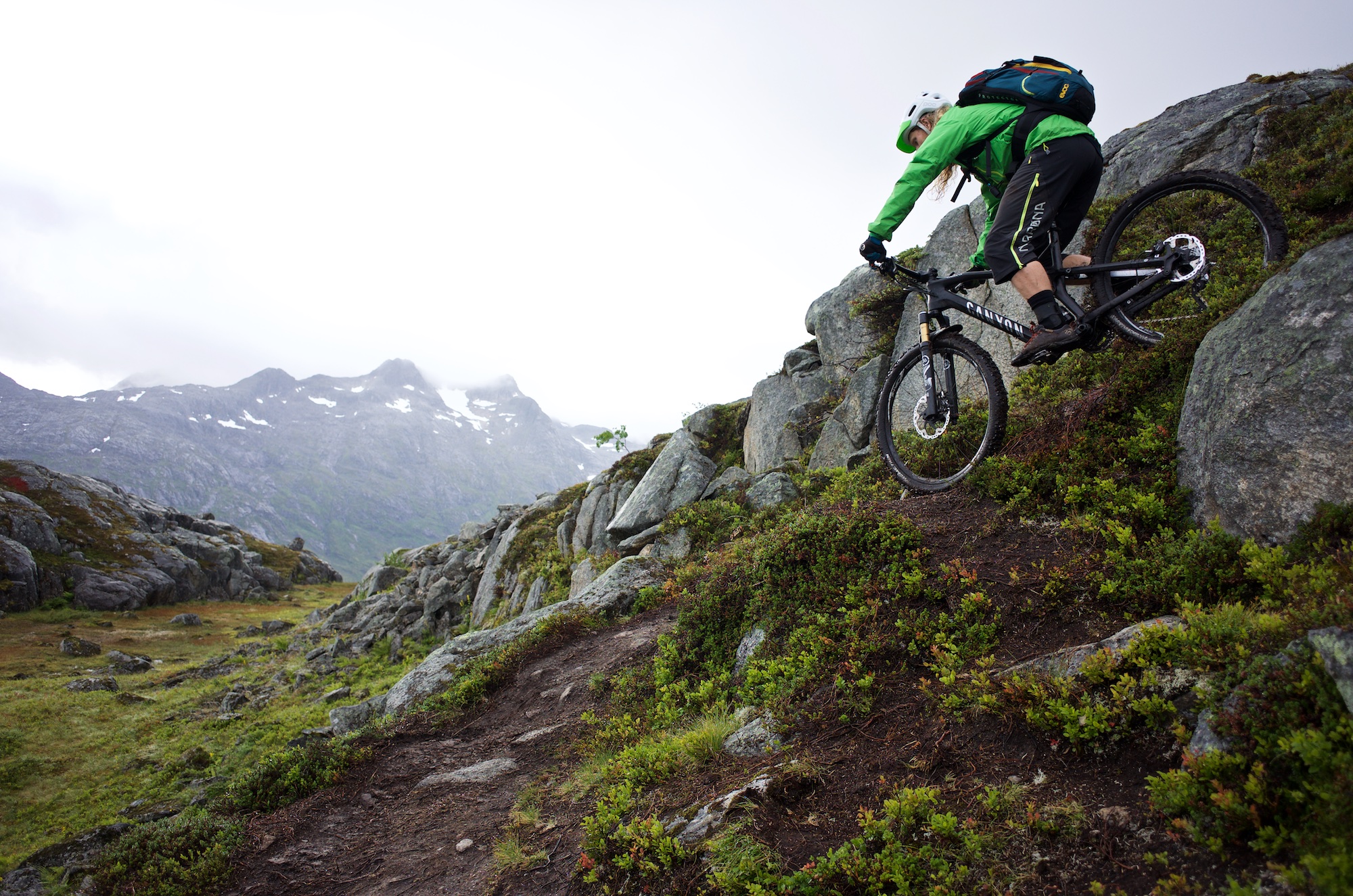 A recurring theme was sliding straight down, both wheels locked and giggling frantically. 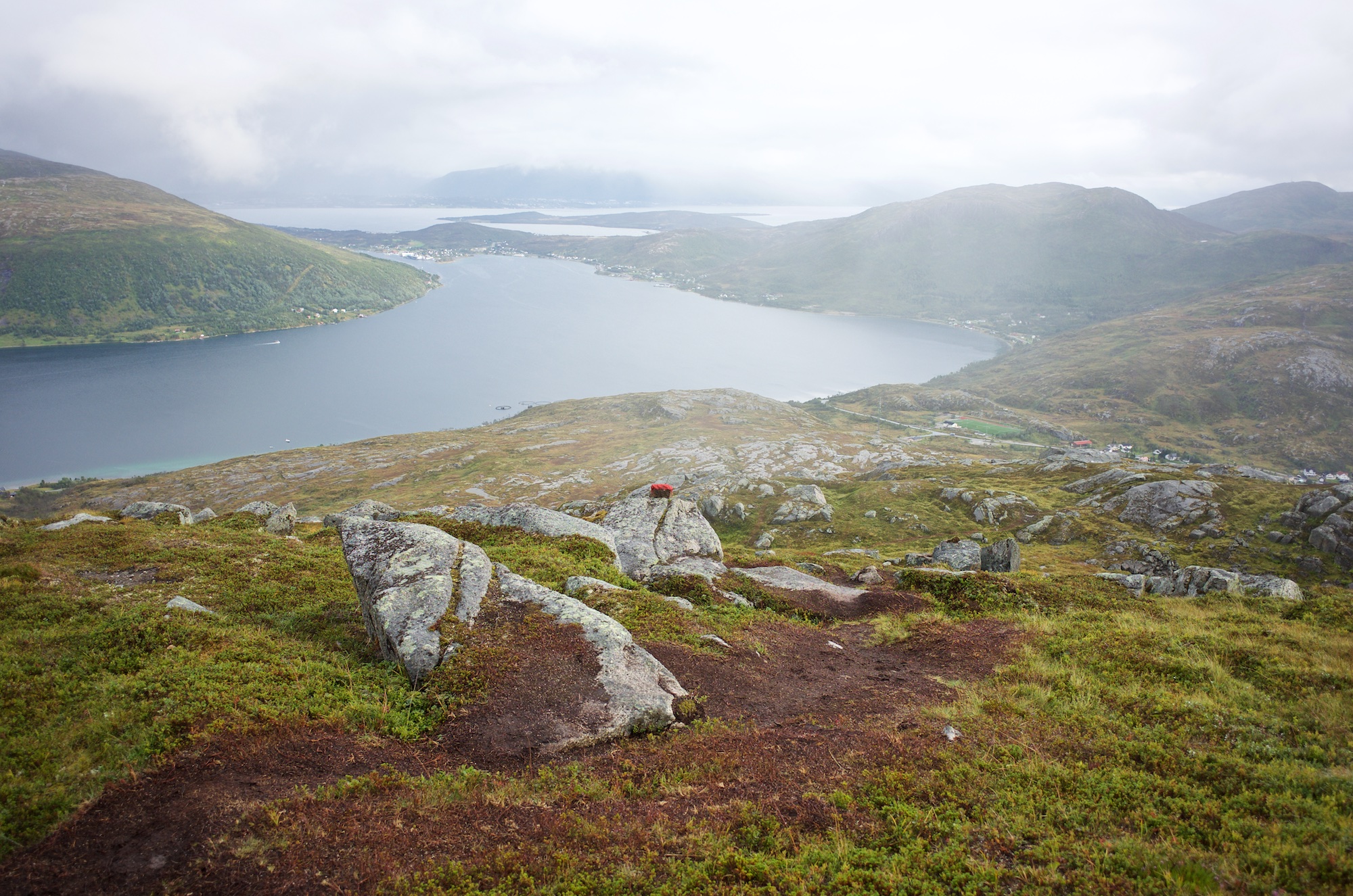 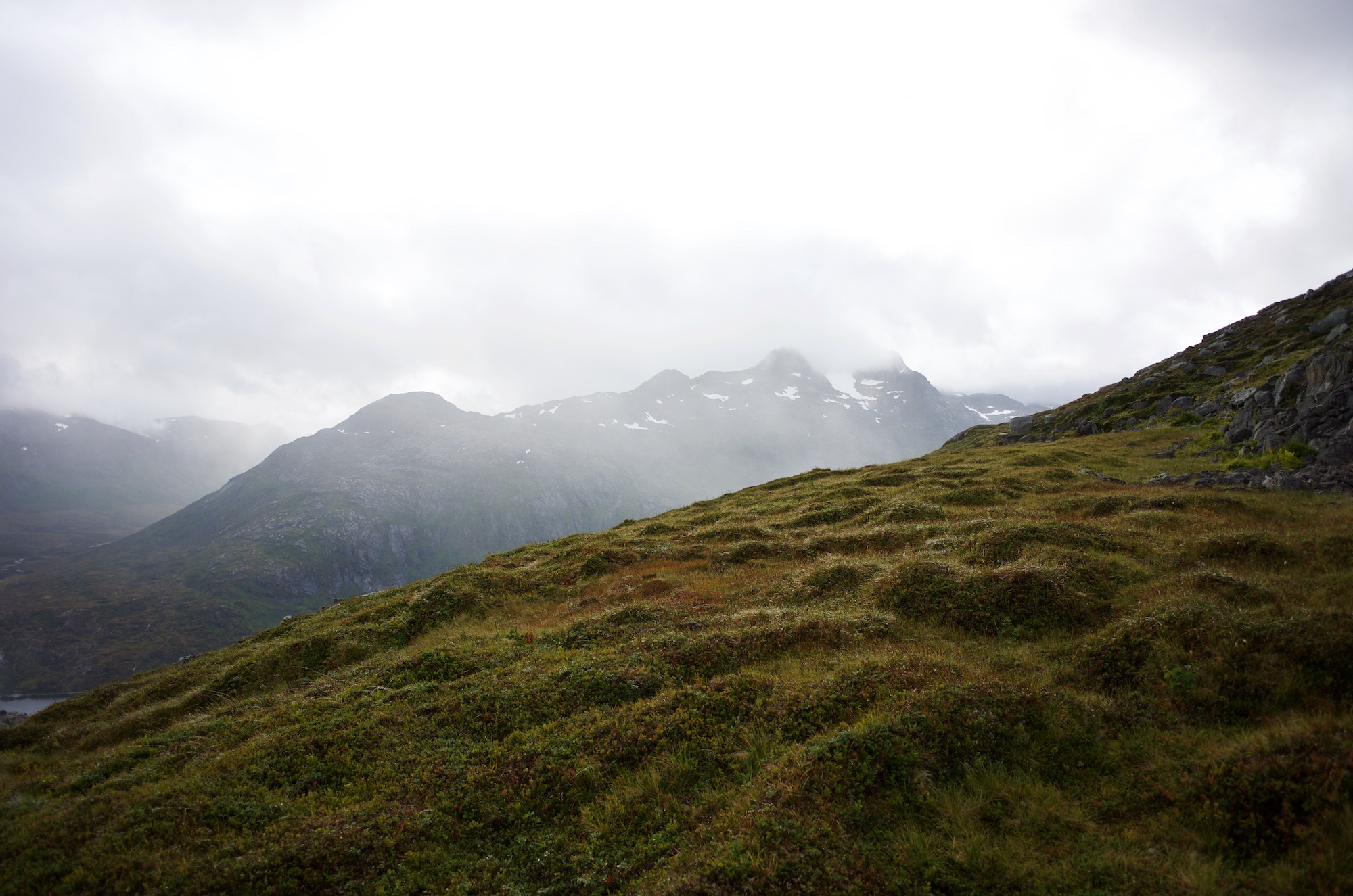 Then of course there was the odd rocky section... 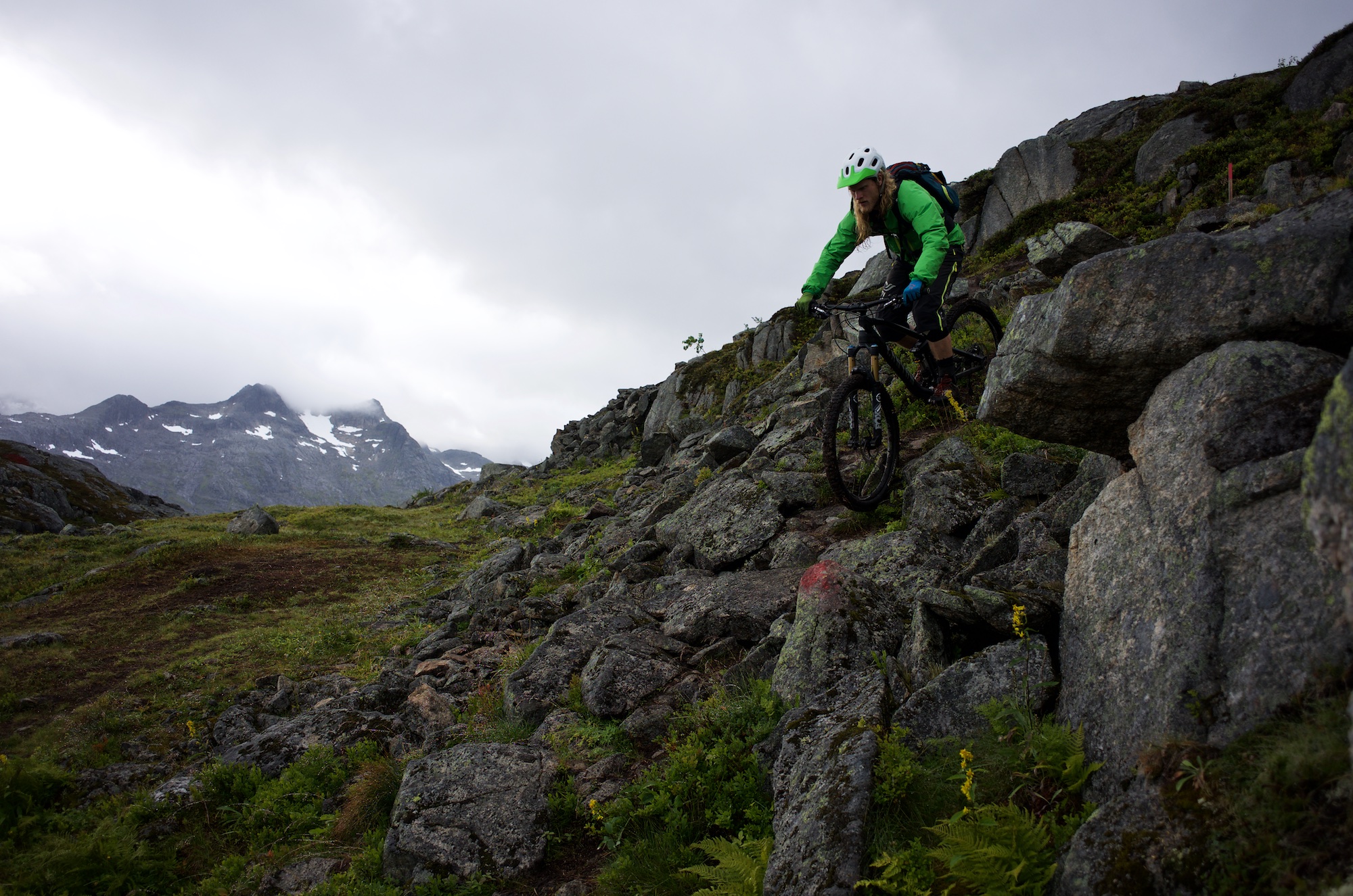 ...and some rocky offcamber stuff. 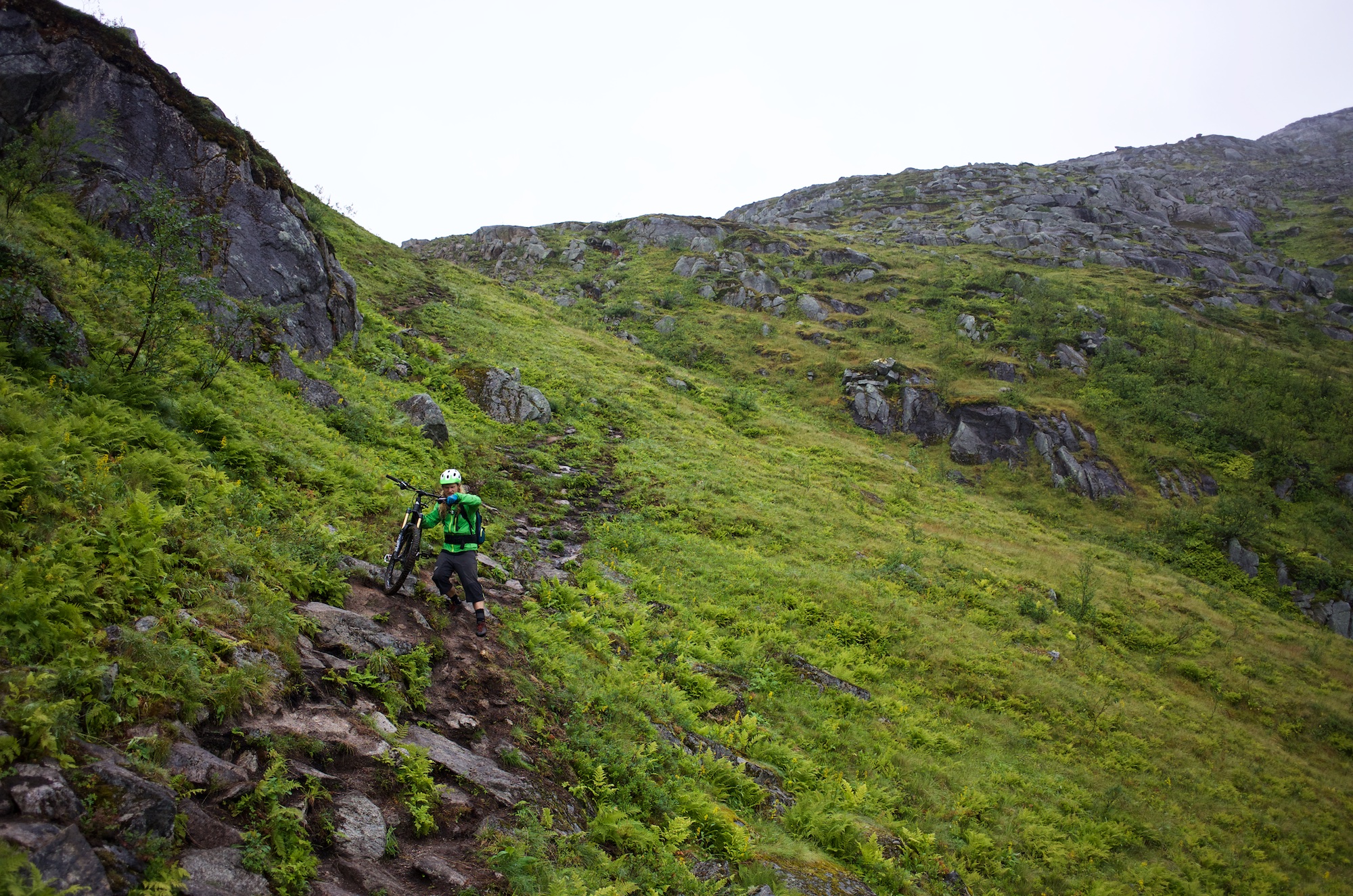 And then, just like that, we are almost down. 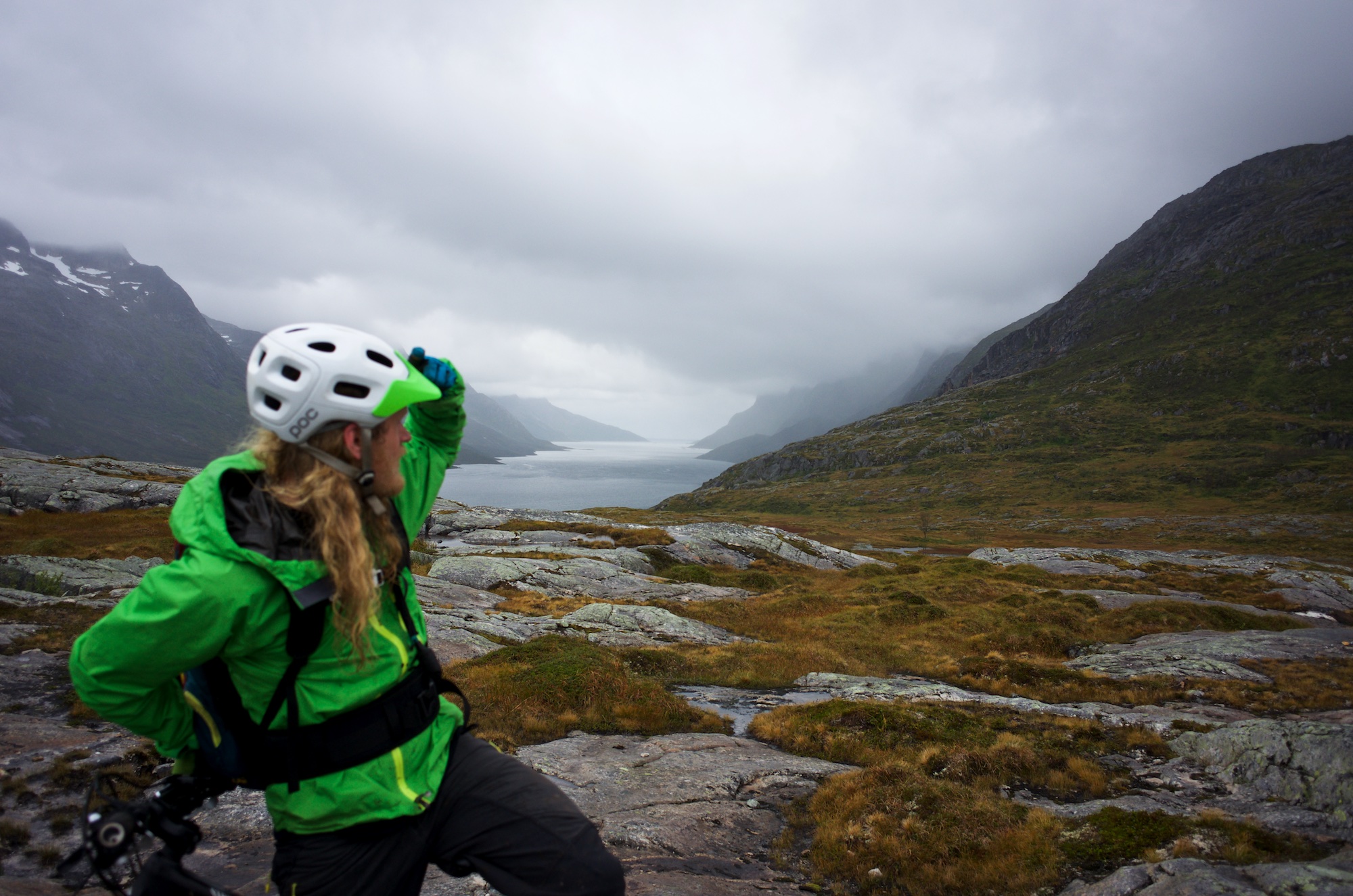 Wet, muddy and happy we enjoy the last flowy corners that take us back to the car. I will need to come back, on a day more apt for summit excursions. This one is now officially on the list! 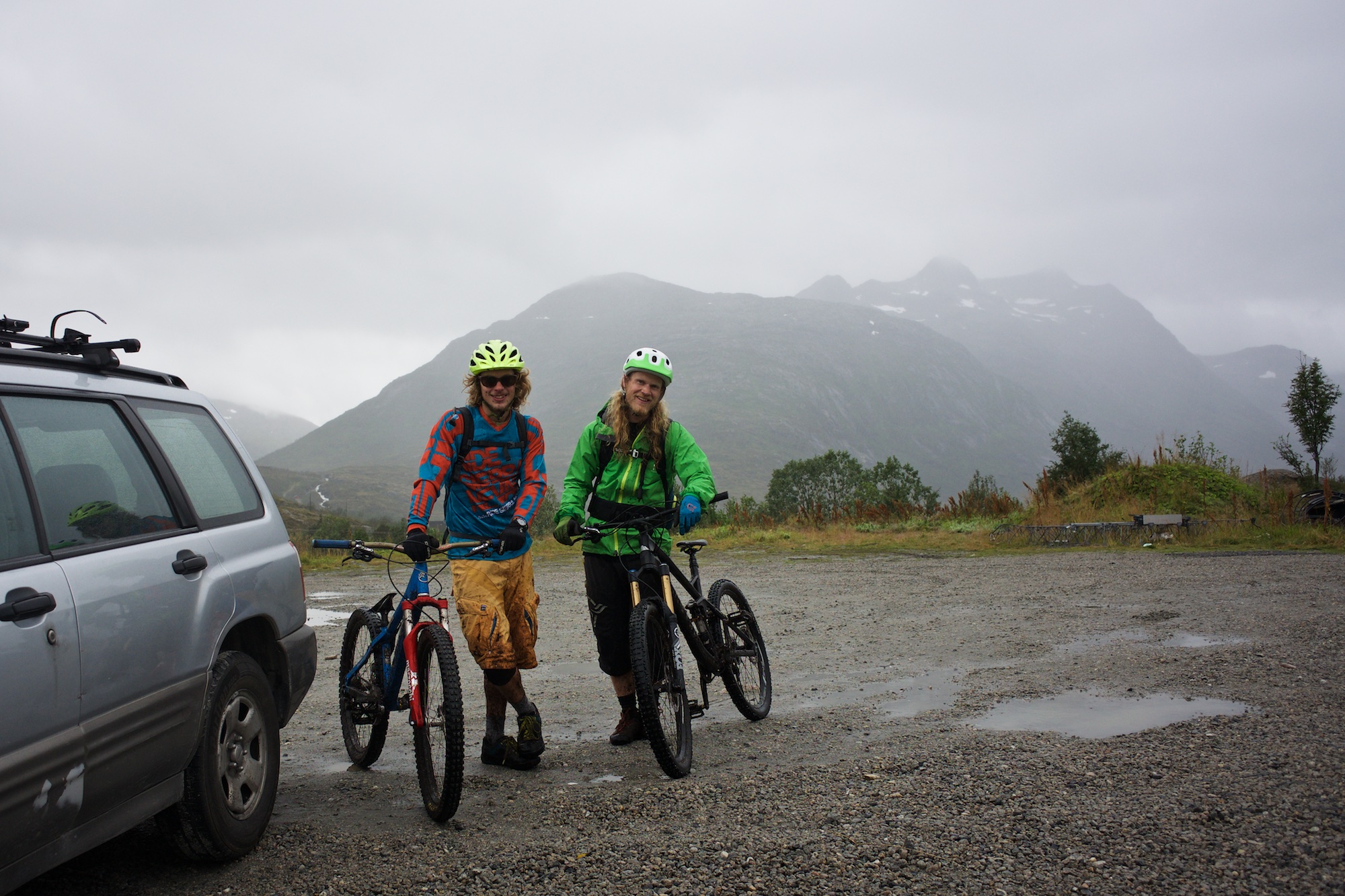