The forecasts said sun and iffy snow and the crew had trouble agreeing on where to go. Iffy snow meant anything steep was a no go, and after long debate we finally drove for an hour, away from the sun and into the clouds in southern Lyngen.

It was calm, cold and damp, and I was convinced there was a thermic inversion and the sun was all warm and cozy above the thick mist. 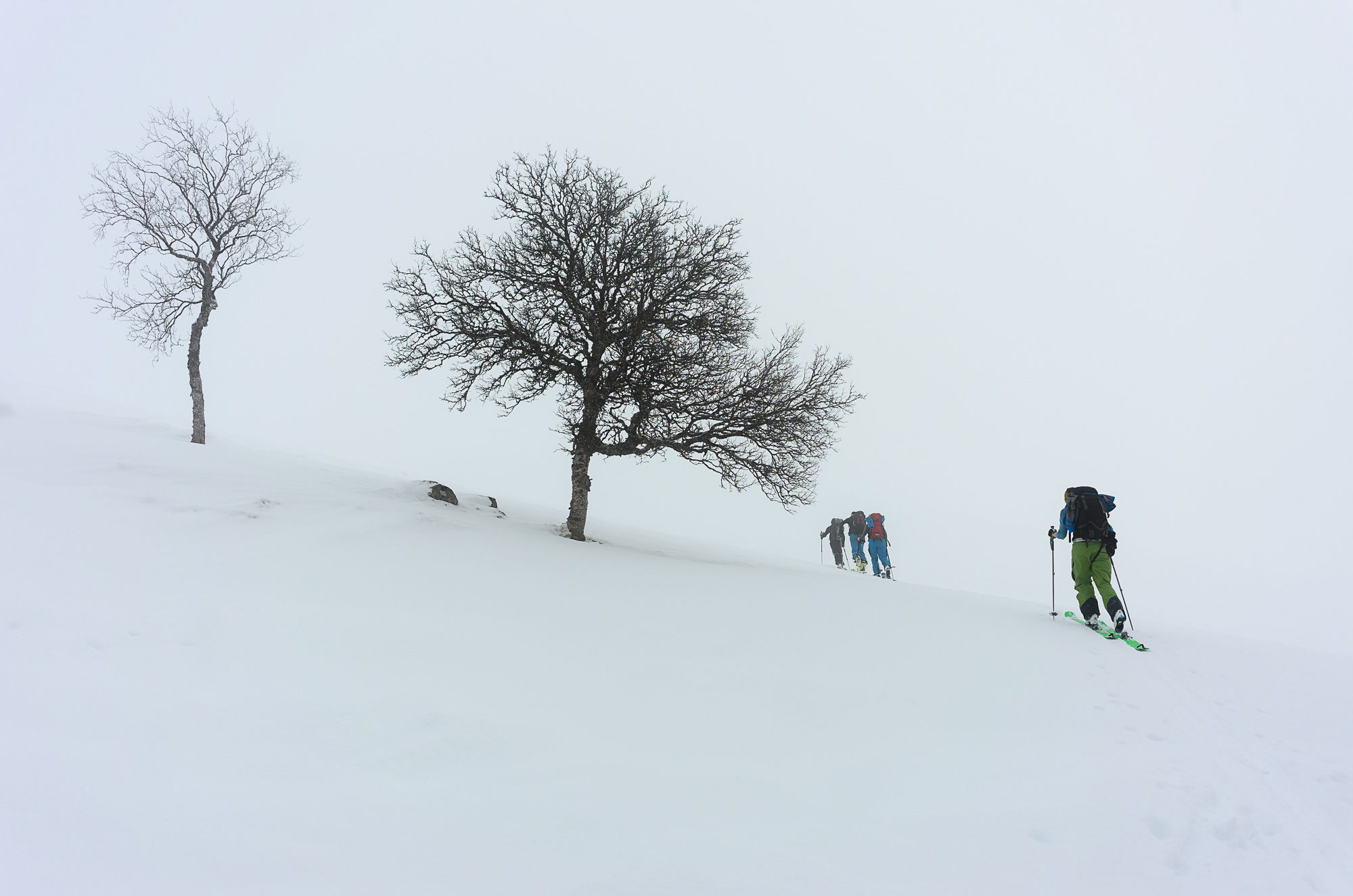 As we kept climbing, for a long time it looked like there was nothing but the damp, white cloud and sastrugi. A nightmare to ride down I thought to myself as we navigated by compass and gps, careful to avoid any exposure.

The mood was tense and there was disappointment in the air. Had we driven an hour away to find the only cloudy place in Troms county?

As it turned out, we had not. Over an elevation gain of only a few meters we went from thick fog to crispy blue skies, amazing views and a warm sun. 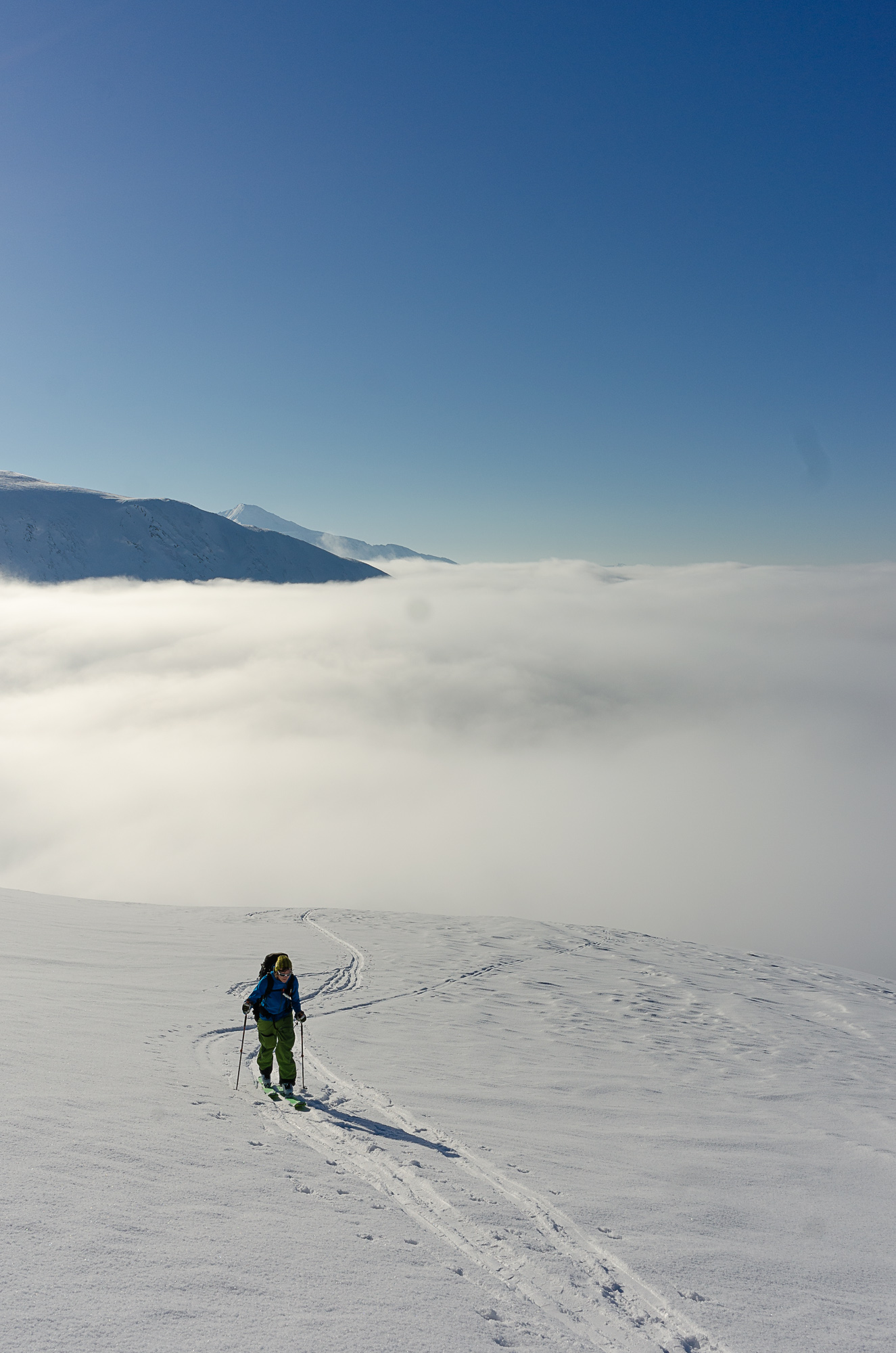 On our right we had the spectacular Piggtind, and all around us peaks were poking out of the white sea of clouds. Inversions are fantastic. Sadly, the snow was less fantastic. It was probably awesome to ride, but showed clear signs of reluctance to stay put. A nasty layer of depth hoar unfortunately forced us to stop while the terrain was still safe. 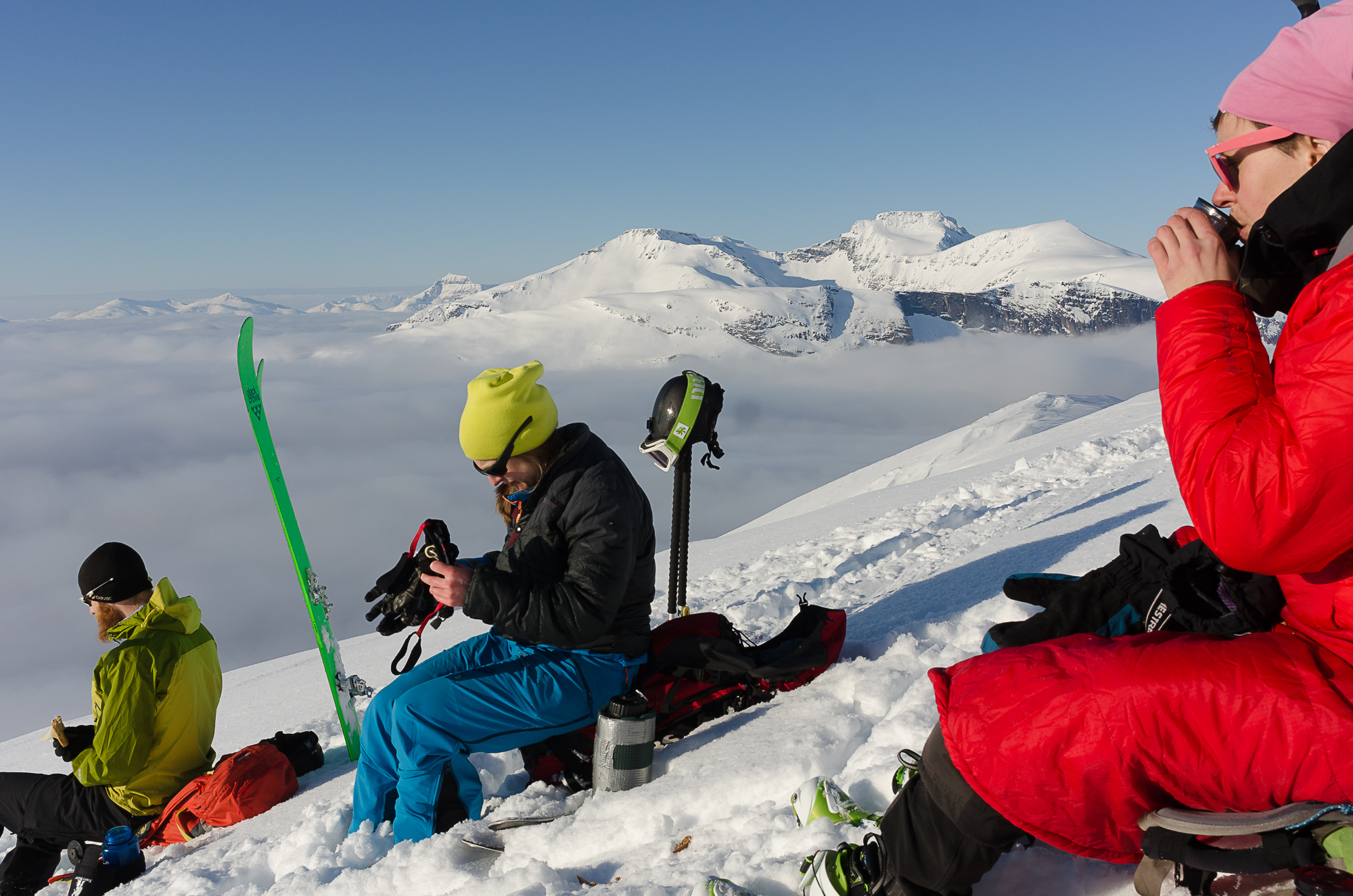 We had a long break in the sun, just sitting there and watching the fog in the valley very slowly boil away. 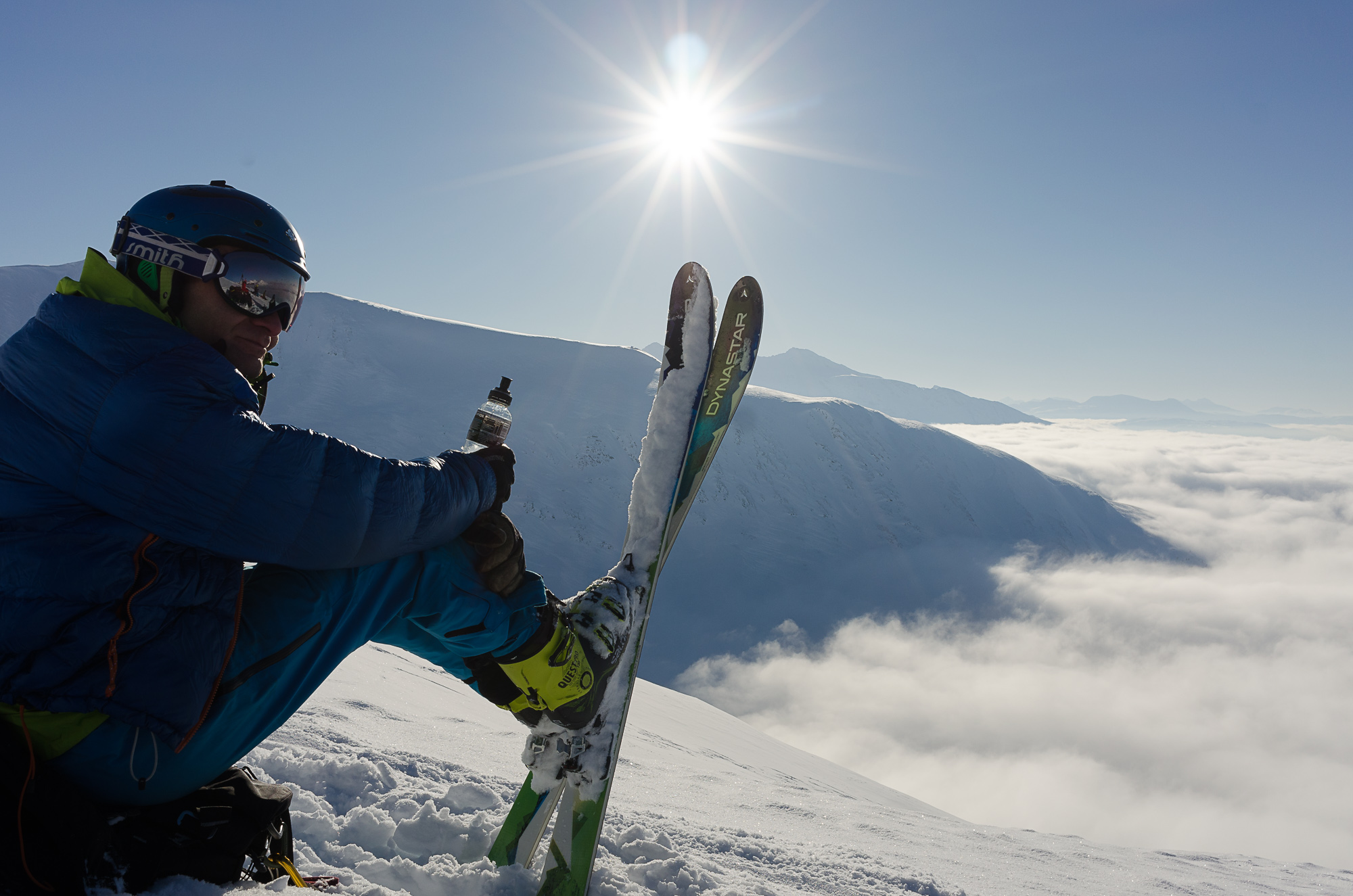 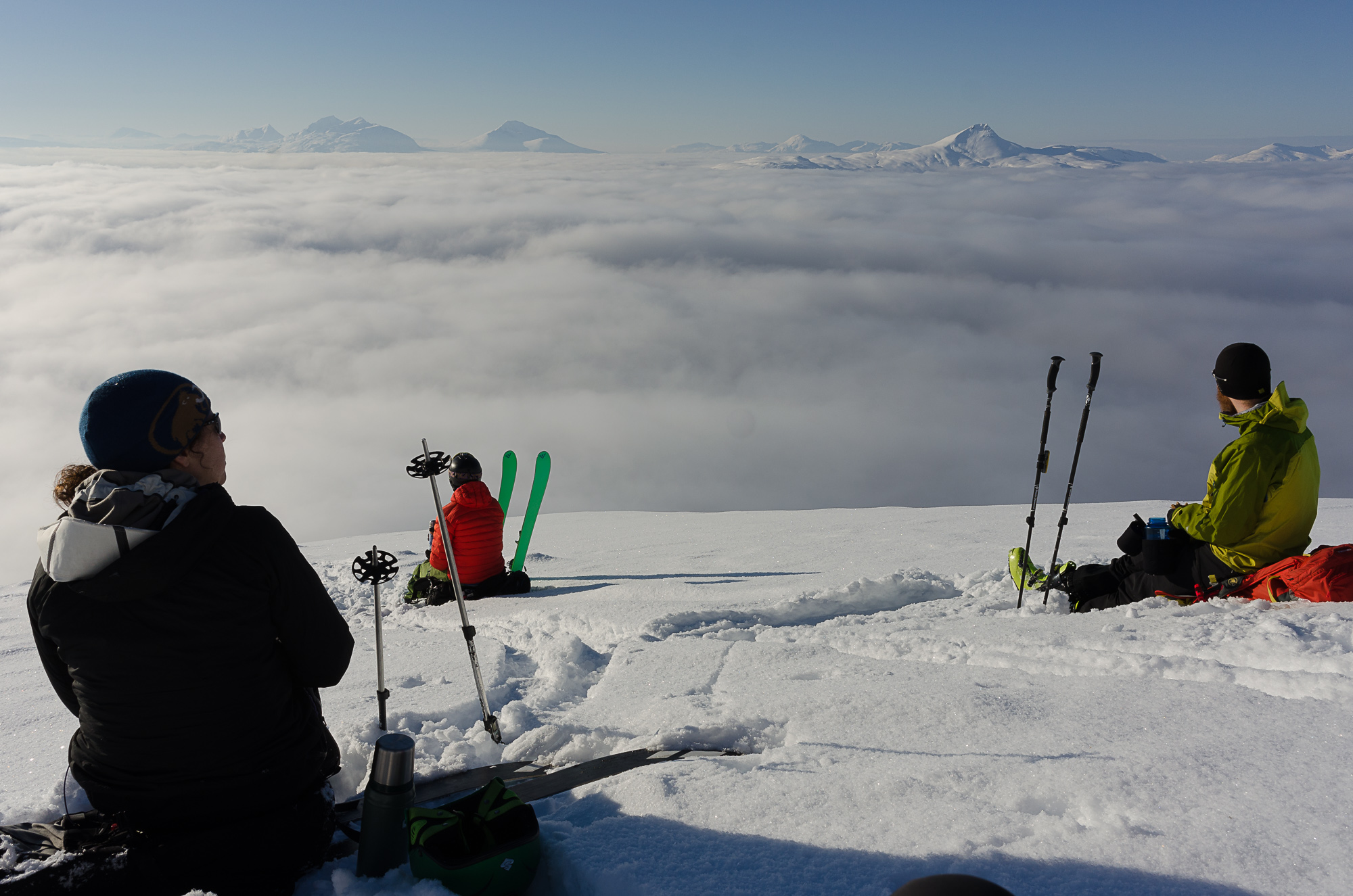 Kjersti got a bit restless and took a quick bonus lap while the rest of us had another sandwich. 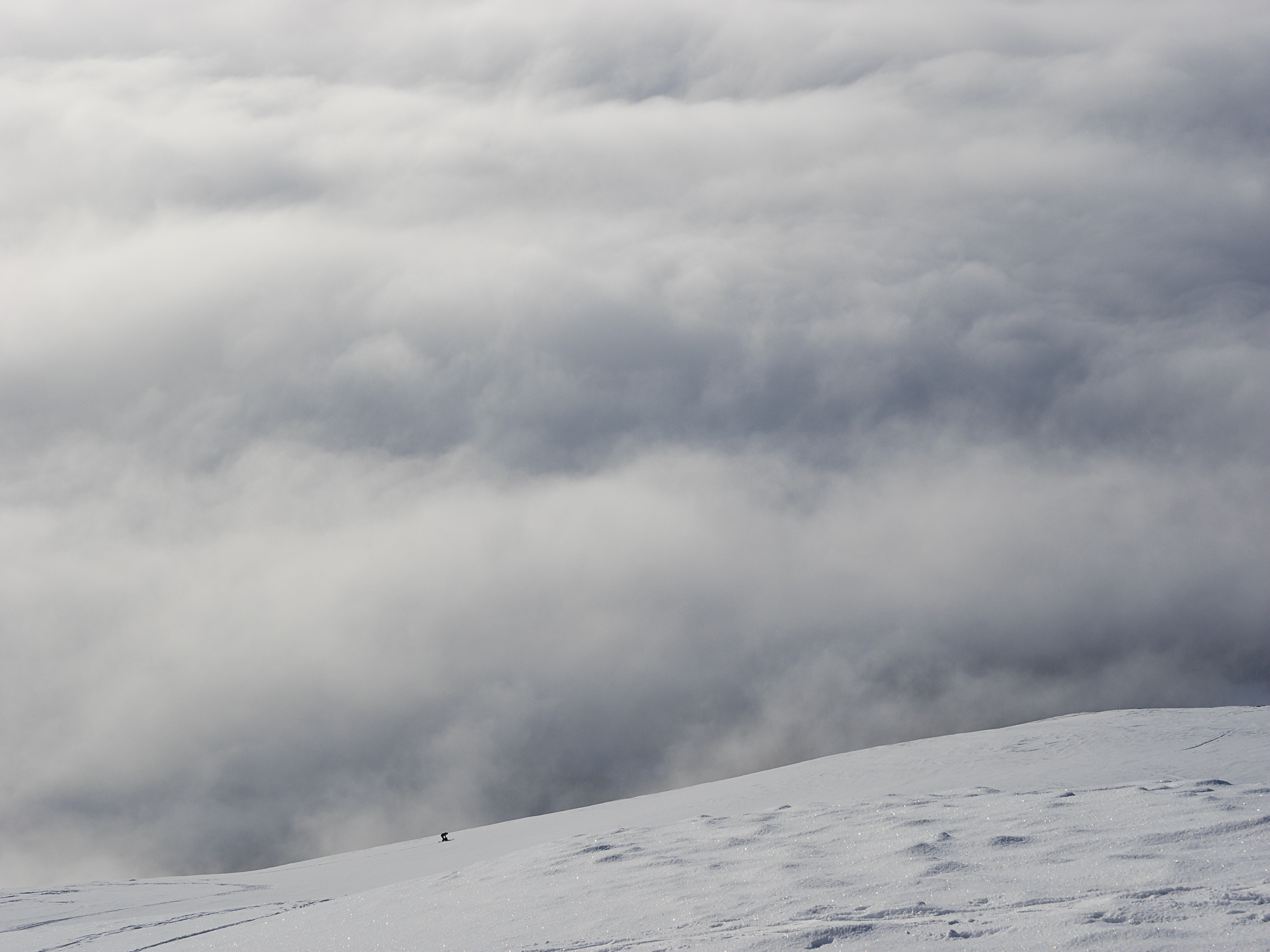 By now we had great visibility and could find a sweet mellow line of decent snow all the way down. Sometimes patience has its rewards, and we lived to ski another day. 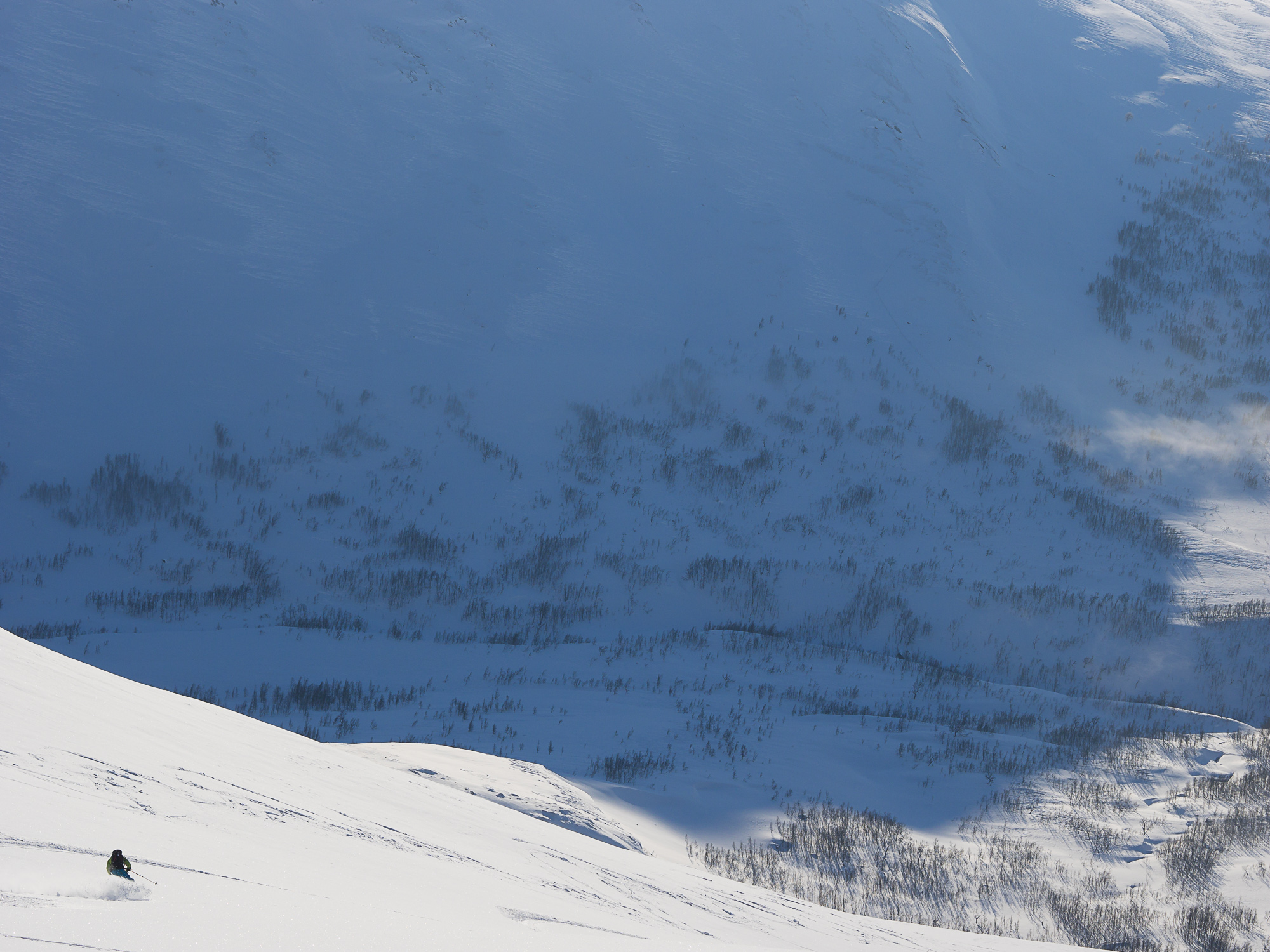 It took a while, but here is the second and last part of the series, with the other half of the roll. Even if the second half of the summer offered more pleasant weather than the first half, there were a fair few days of cold and damp. We were