I already had a good day out in my legs when Andrea said she wanted to ride after work. I wasn't sure I could muster another proper ride so I pulled a cunning trick and lured with a sunset to get away with something shorter. Sørtinden is just perfect for this, being not overly high but offering great views out west towards Vengsøja and the ocean.

Last time we went there, that time suggested by me for purely noble and romantic reasons, the fog rolled in and we saw squat. And Andrea had a less than nice crash. I probably will never know if the want for revenge is stronger than the lure of sunsets, but the fact that we returned to Sørtinden remains. When we arrived the sun was already low over Kjølen, and we made short work of the slightly ondulating climb. 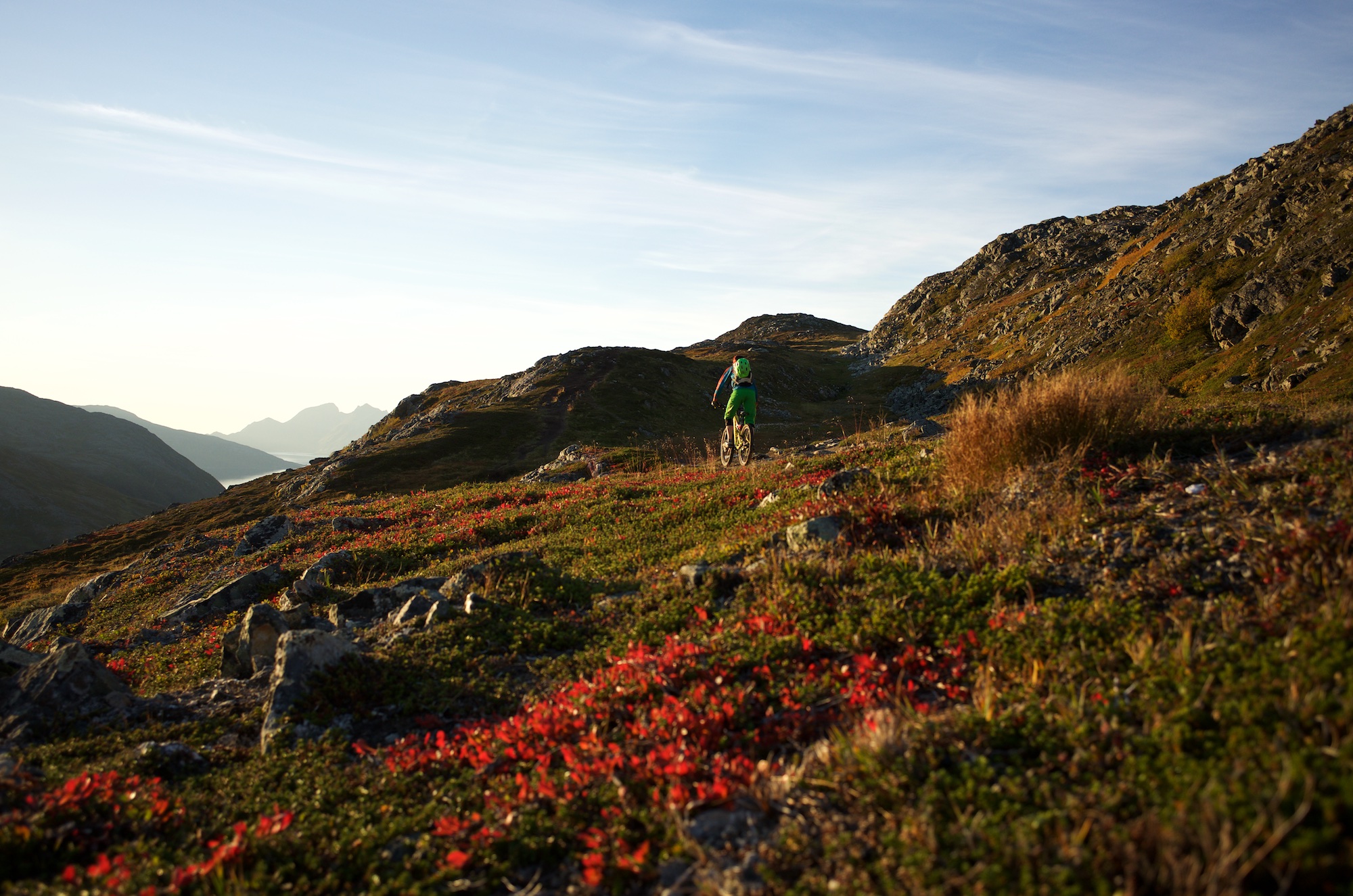 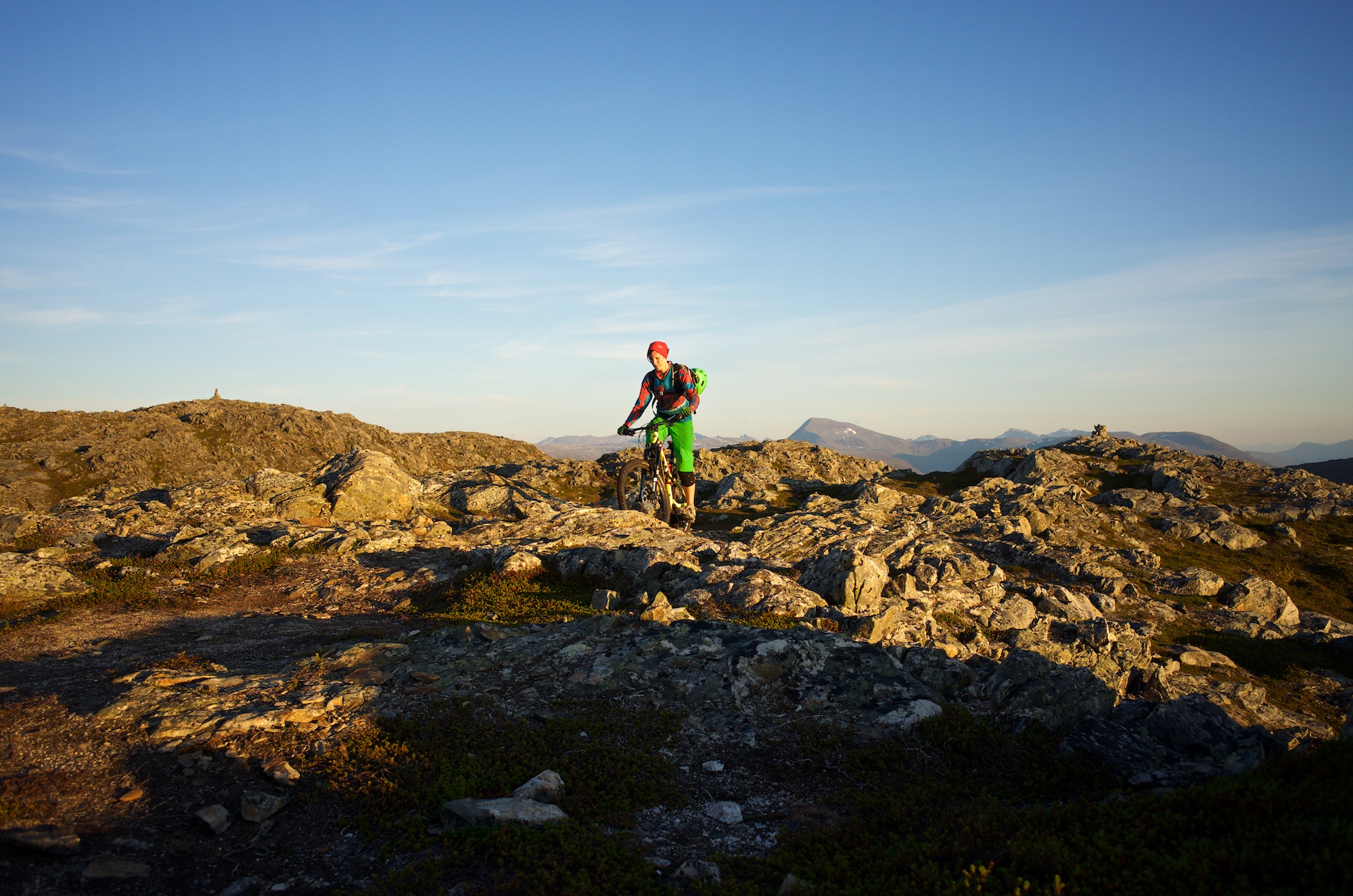 The timing was just right, the sun was still above the horizon and we took a long break at the summit basking in its gentle glow. 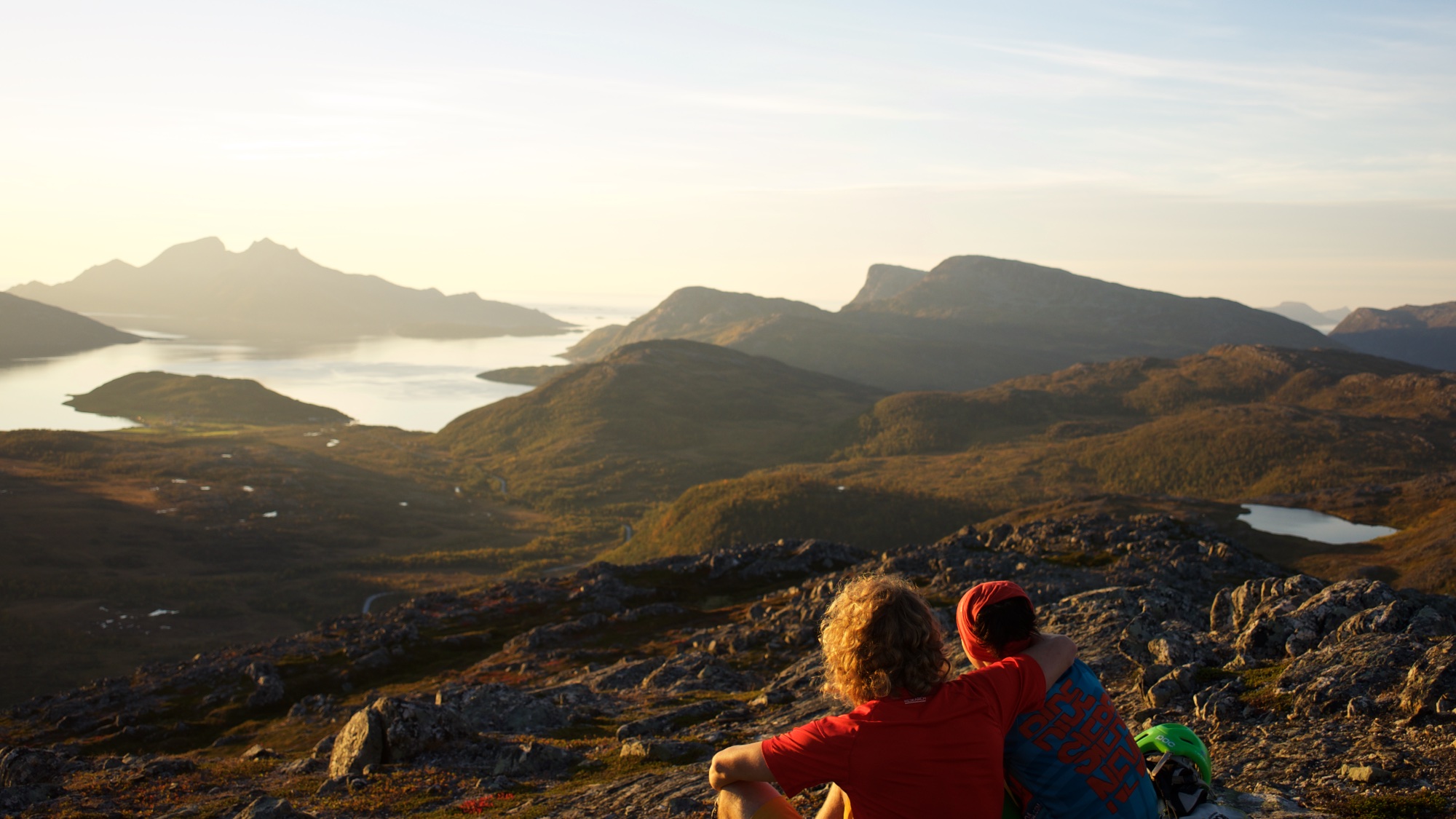 Then another good thing happened. I somehow managed to steer us towards the more direct (and therefore steep) descent. Mainly because the light would be better, but I can't deny that it felt like too long since I did some proper steep riding. 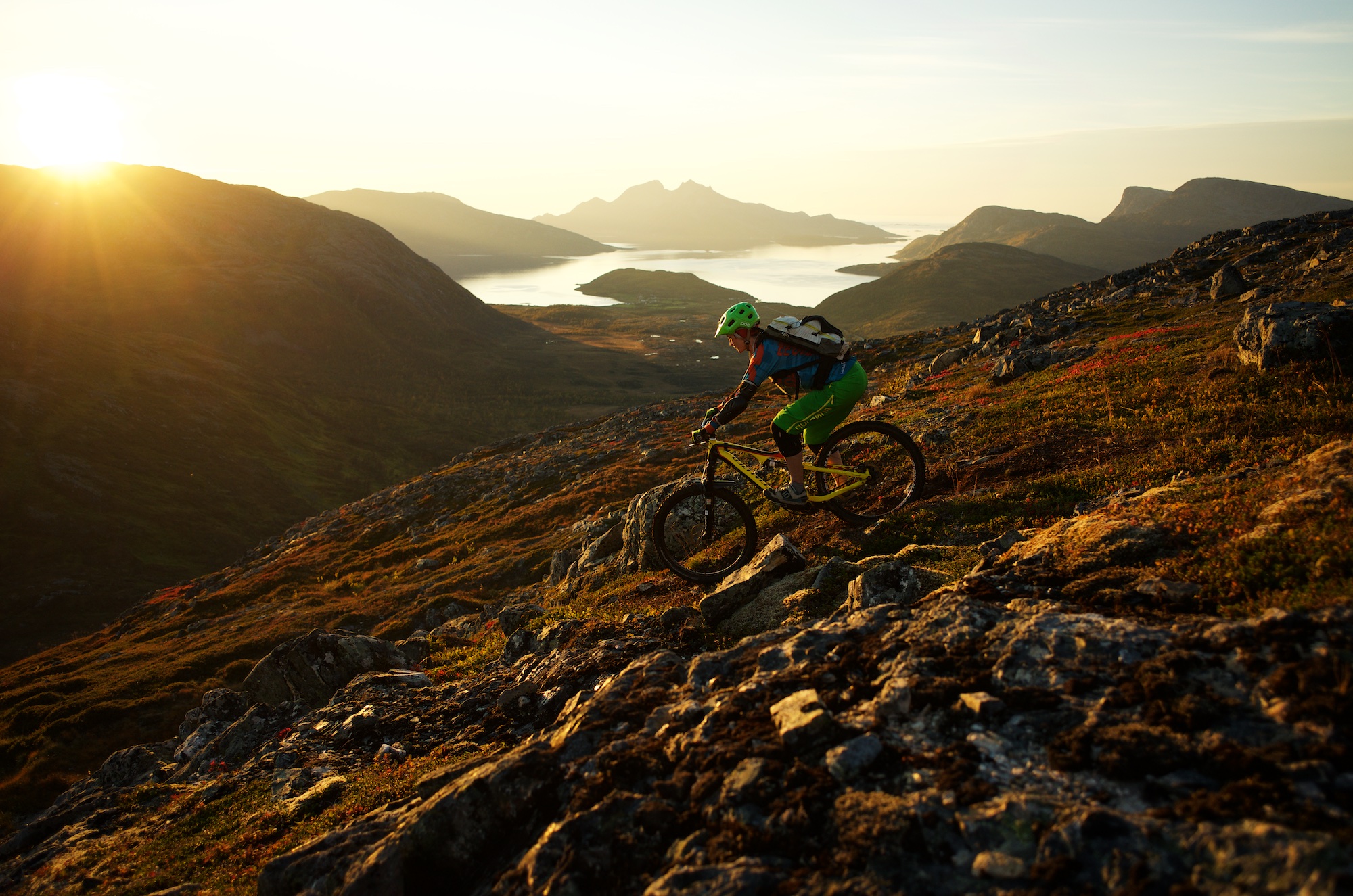 The descent is direct but quite terraced, breaking up the steeper sections with flatter bits. This gave some chances for us to catch our breaths from time to time and even snap a few pics. 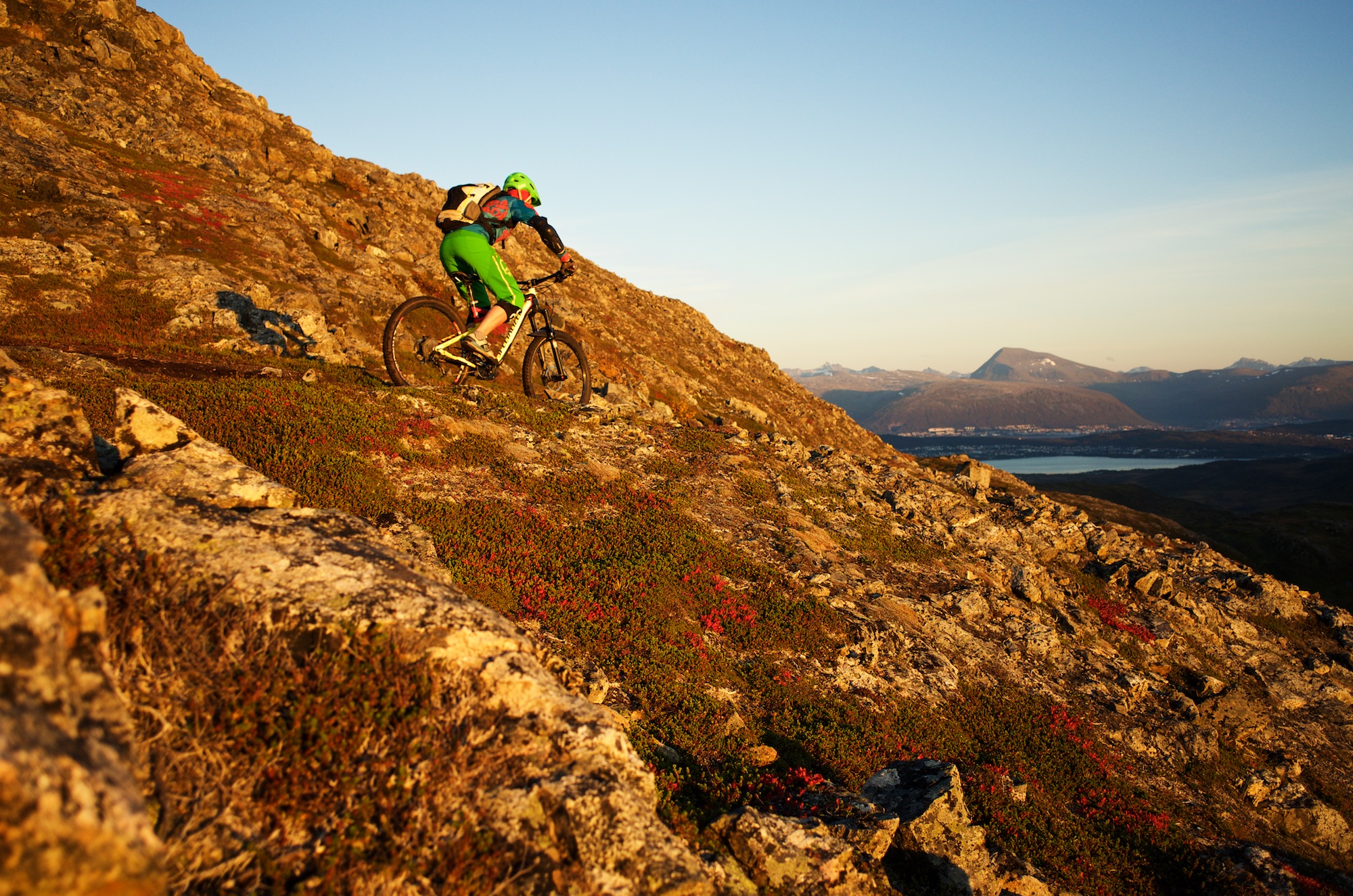 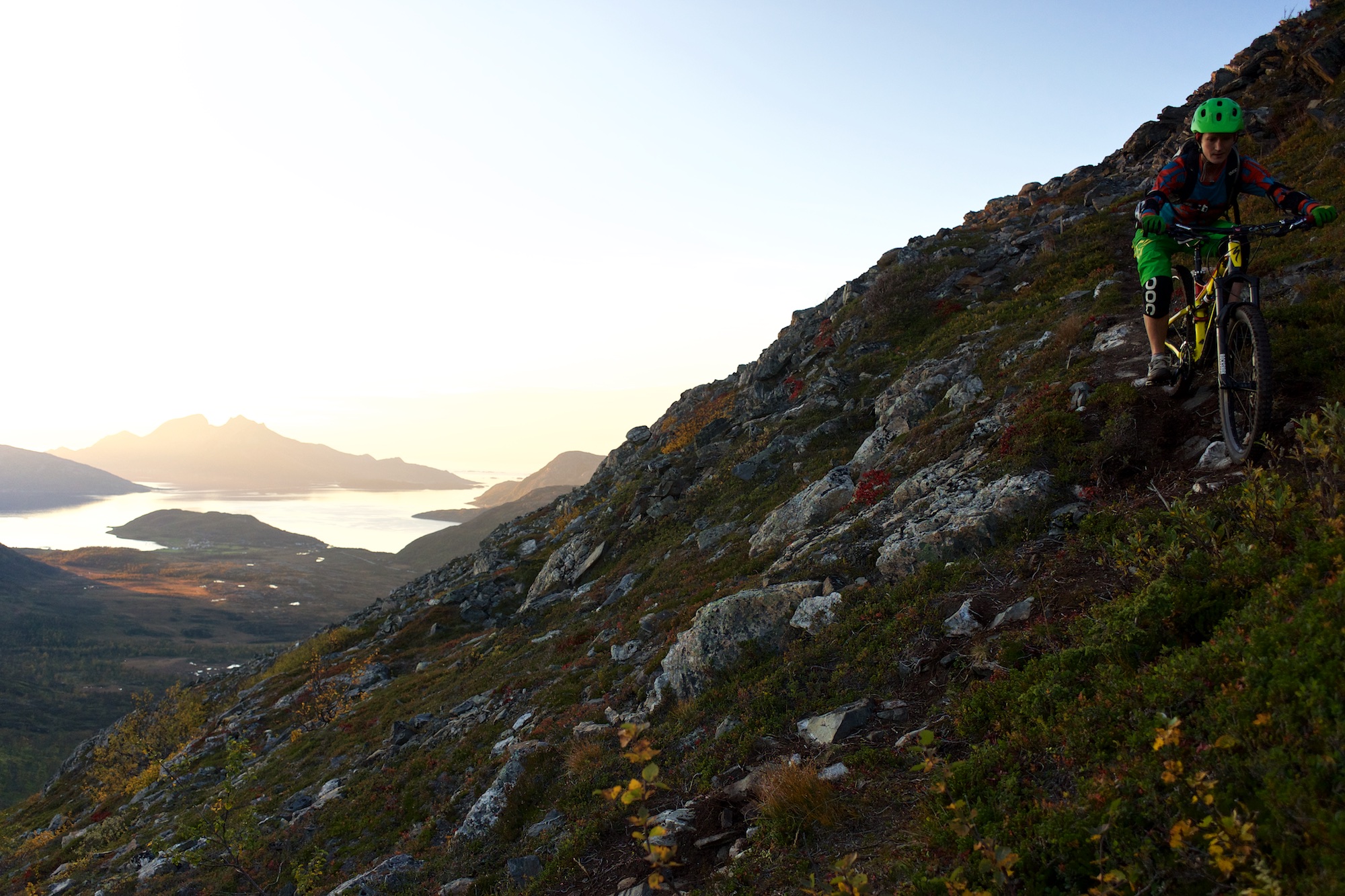 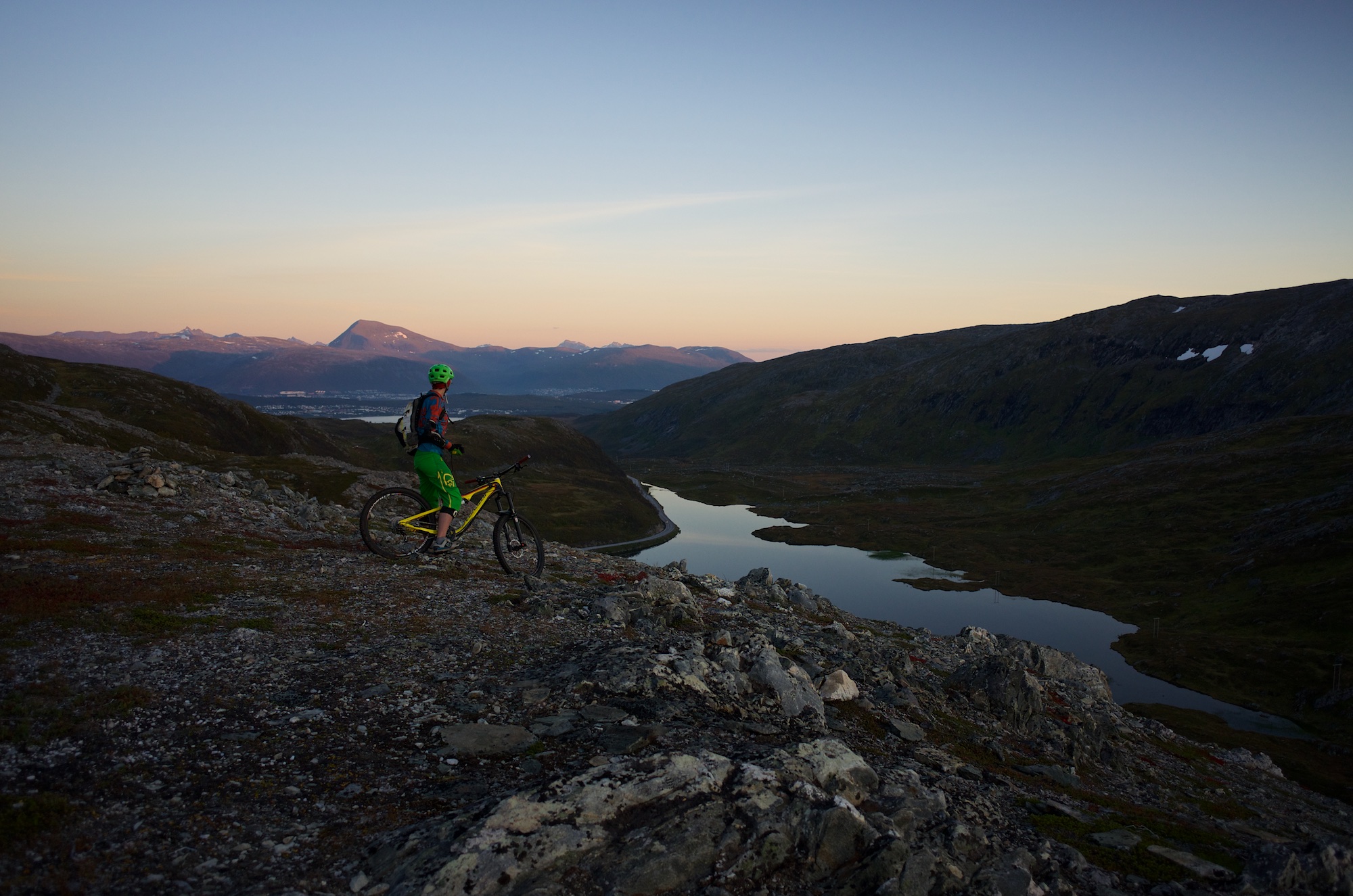 Days are getting shorter up here, and nights are getting colder. We have enjoyed a week long spell of sun and warmer temps now, but deep down we know days are numbered until the seasons turn and the snow stars falling. Time to really squeeze the last out of a great summer! 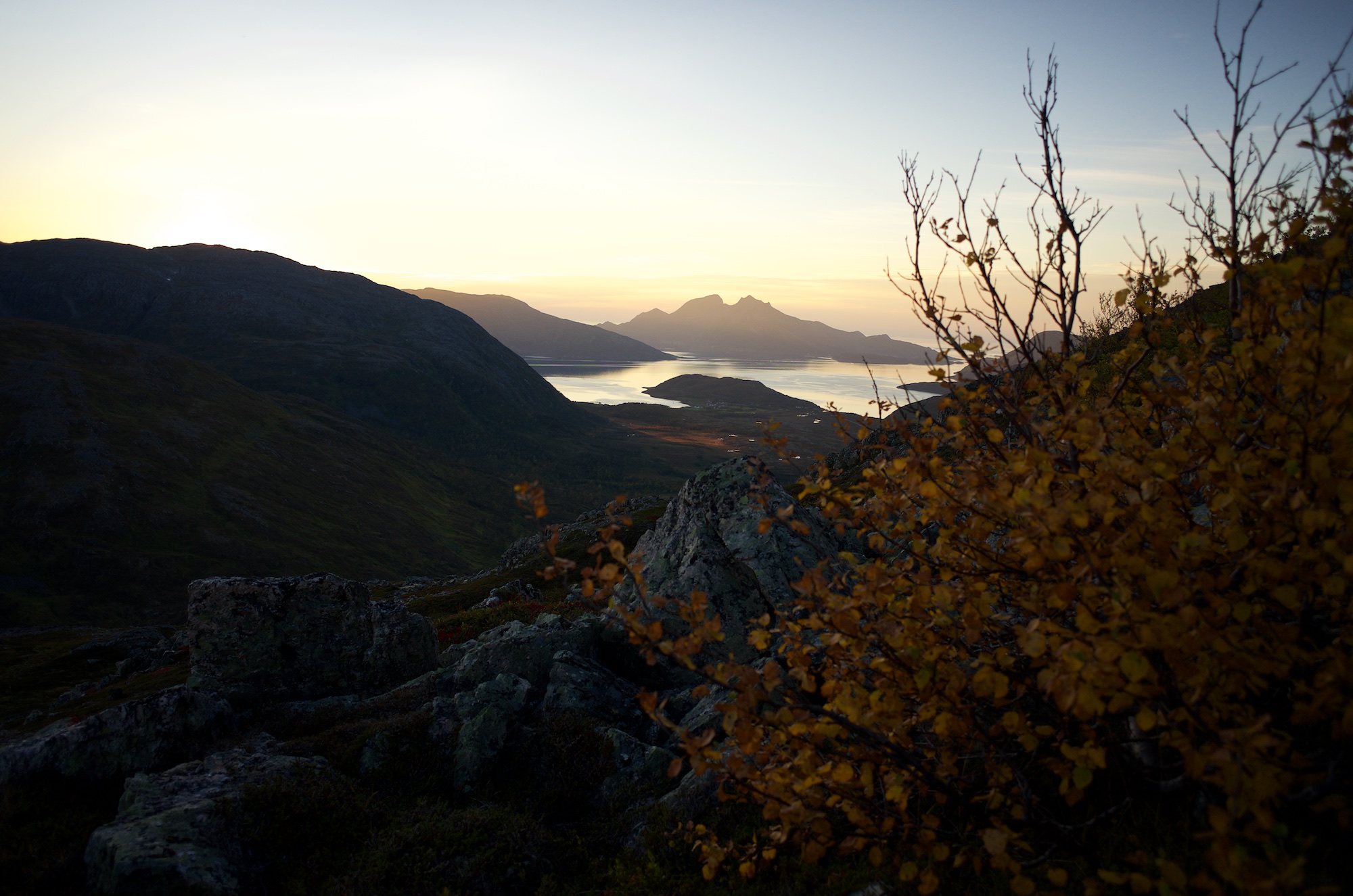