Around noon today two morons clad in gore-tex could be seen slowly making their way up Smørstabben. One of them was me, the other was Gustav. The reason for this project not being the most intelligent was the less than encouraging weather. Several kinds of precipitation, frozen and otherwise, strong gusts of wind and around five degrees above zero is usually not what dreams are made of. 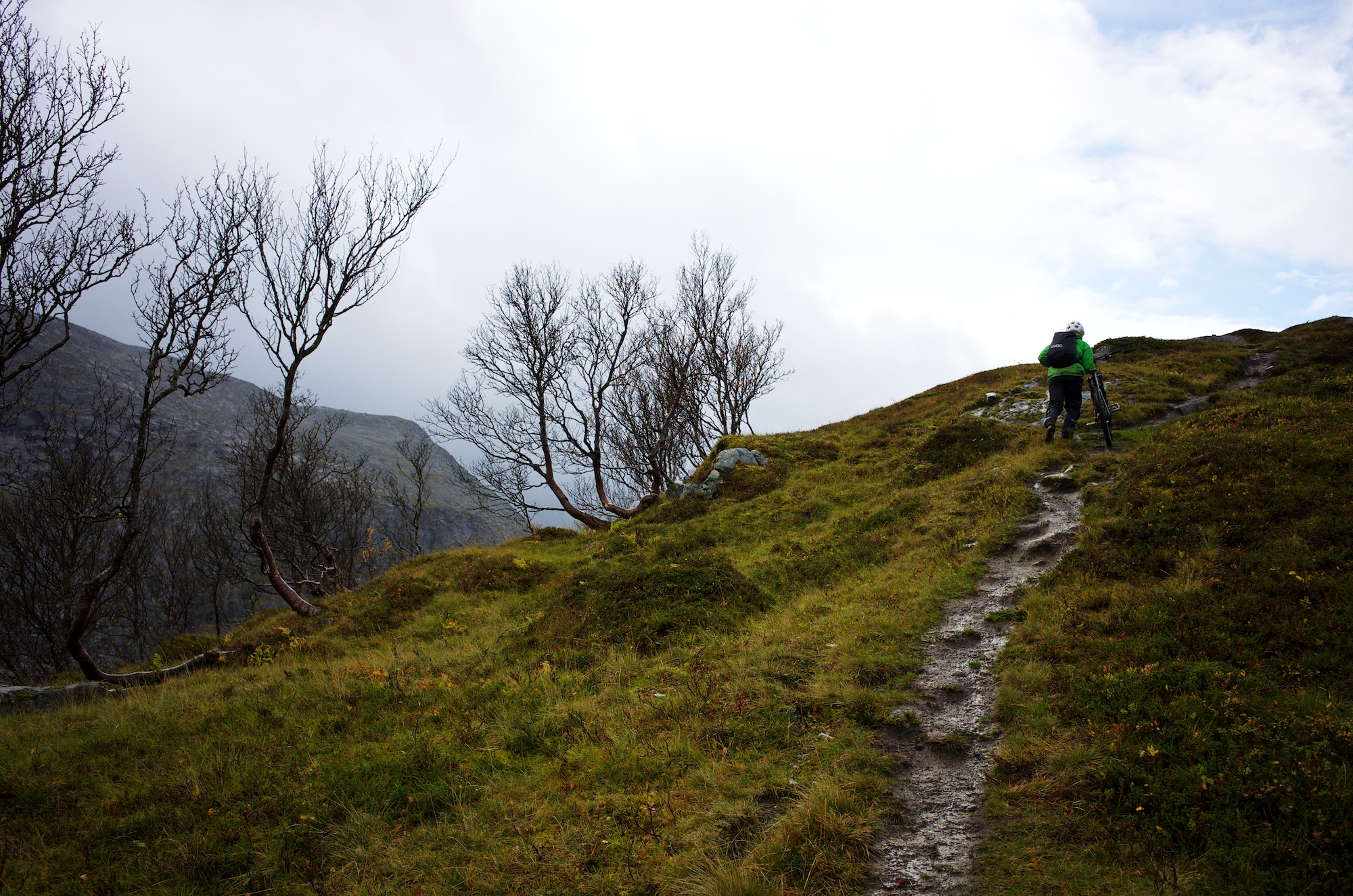 On the bright side, the rain was not relentless. It was more of an erratic character coming and going from one moment to the next. Heck, we even had some specks of blue skies between the soakings. Obviously, since my camera is not the slightest bit waterproof, all pictures were taken during these short windows of relative lack of precipitation. 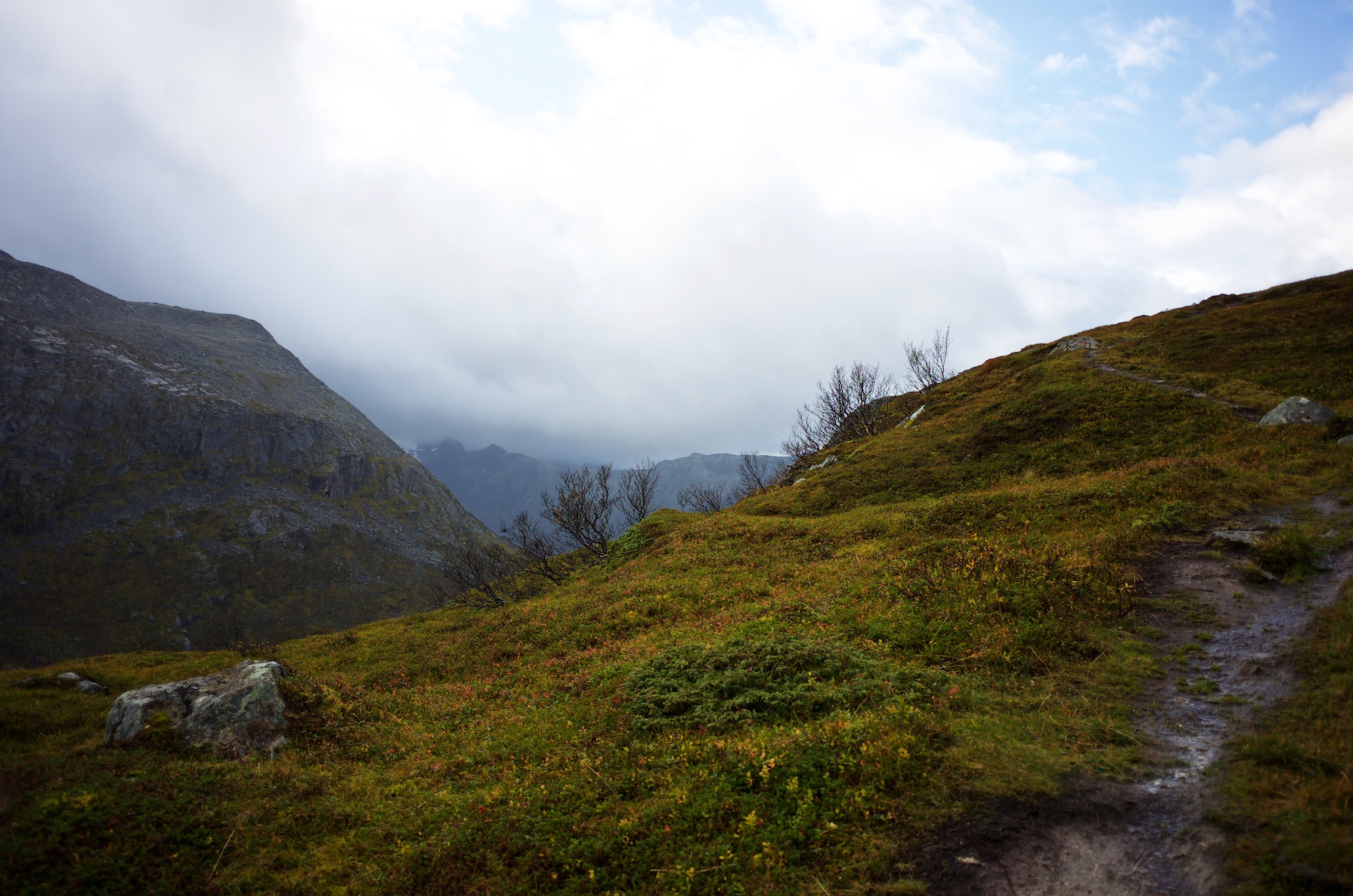 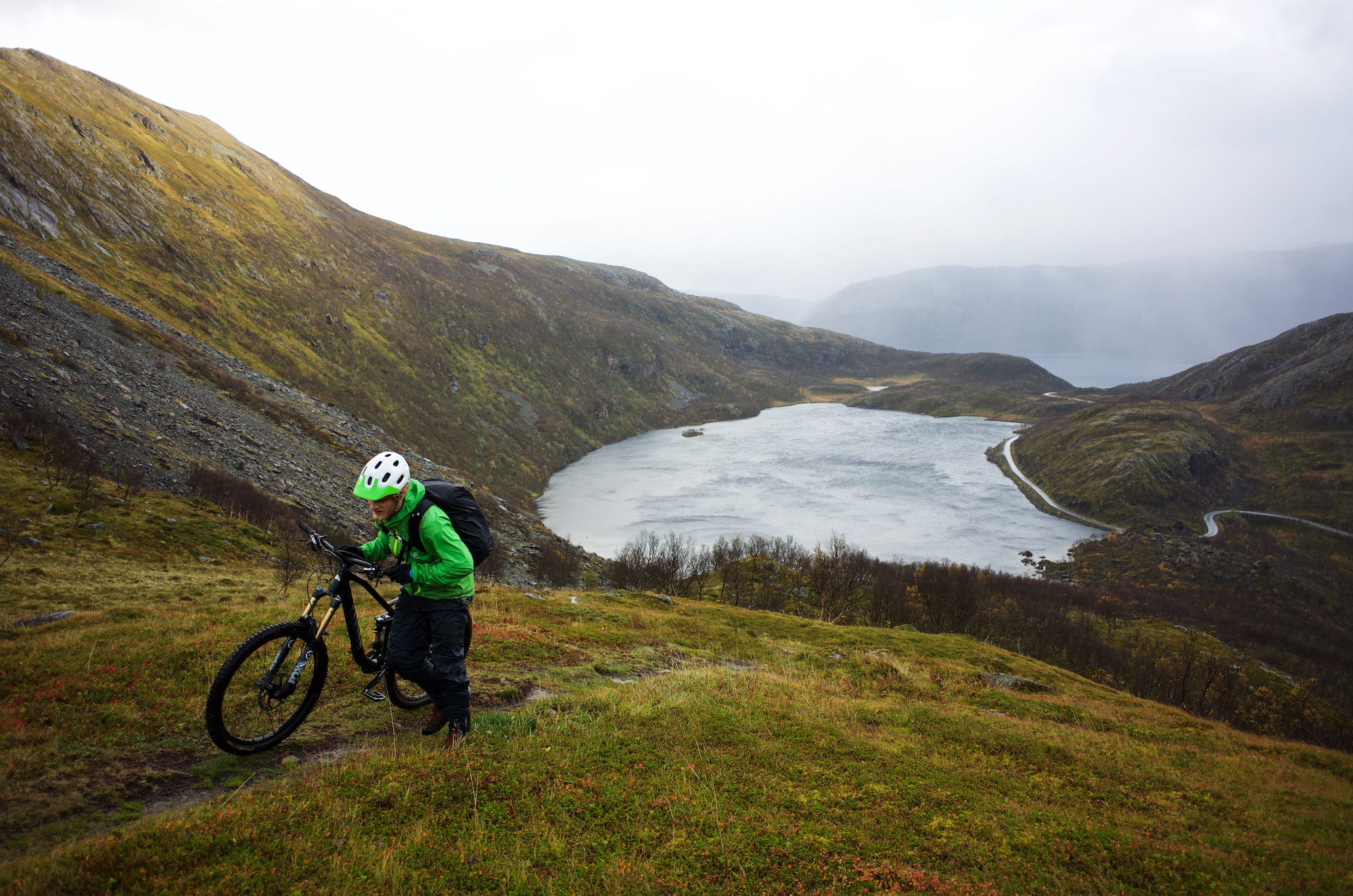 We boldly ventured a bit above treeline, and once we made it up to where we were in sight of the ocean, the wind got quite ferocious and made walking in a straight line a challenge not to be taken lightly. 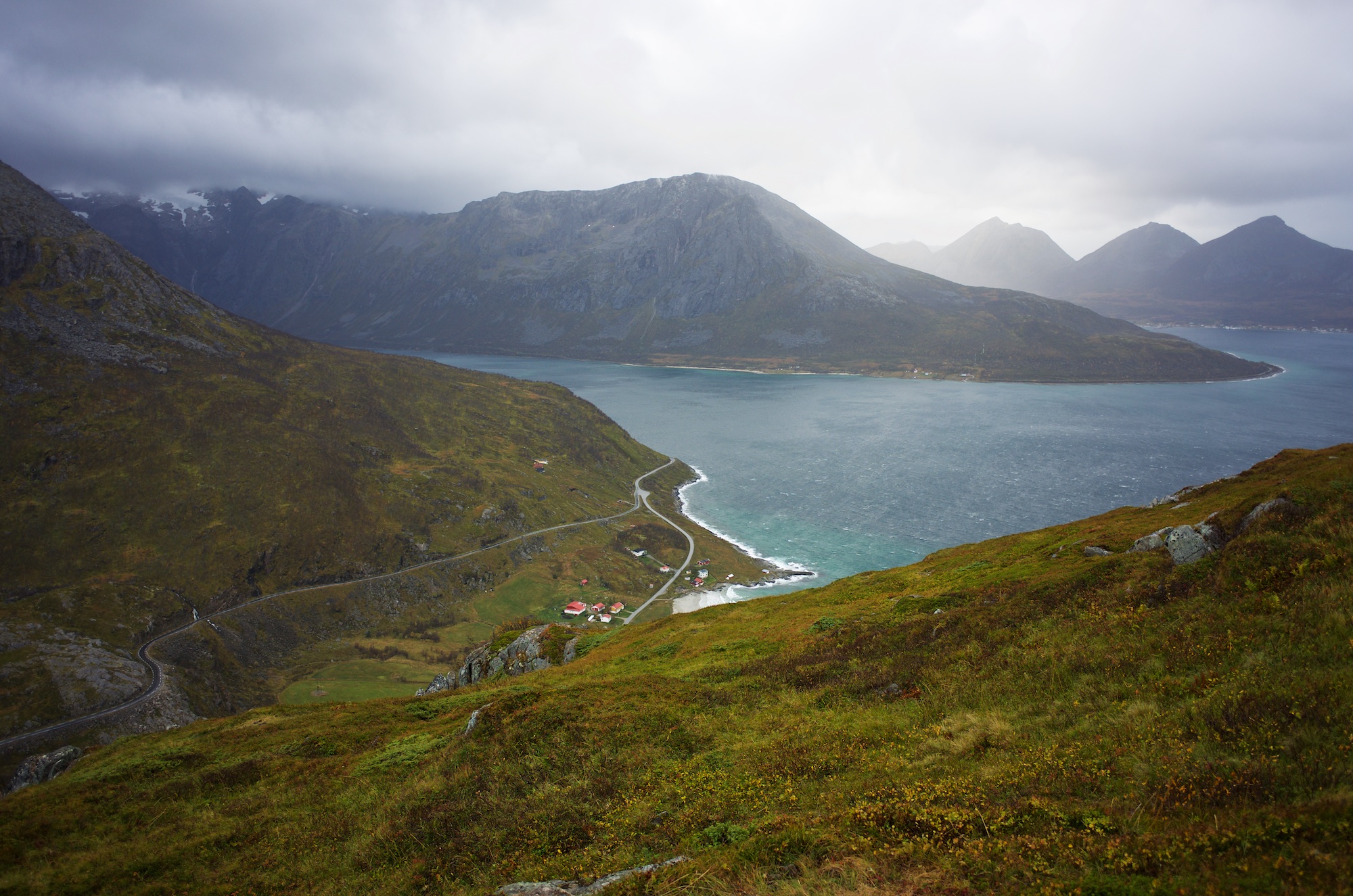 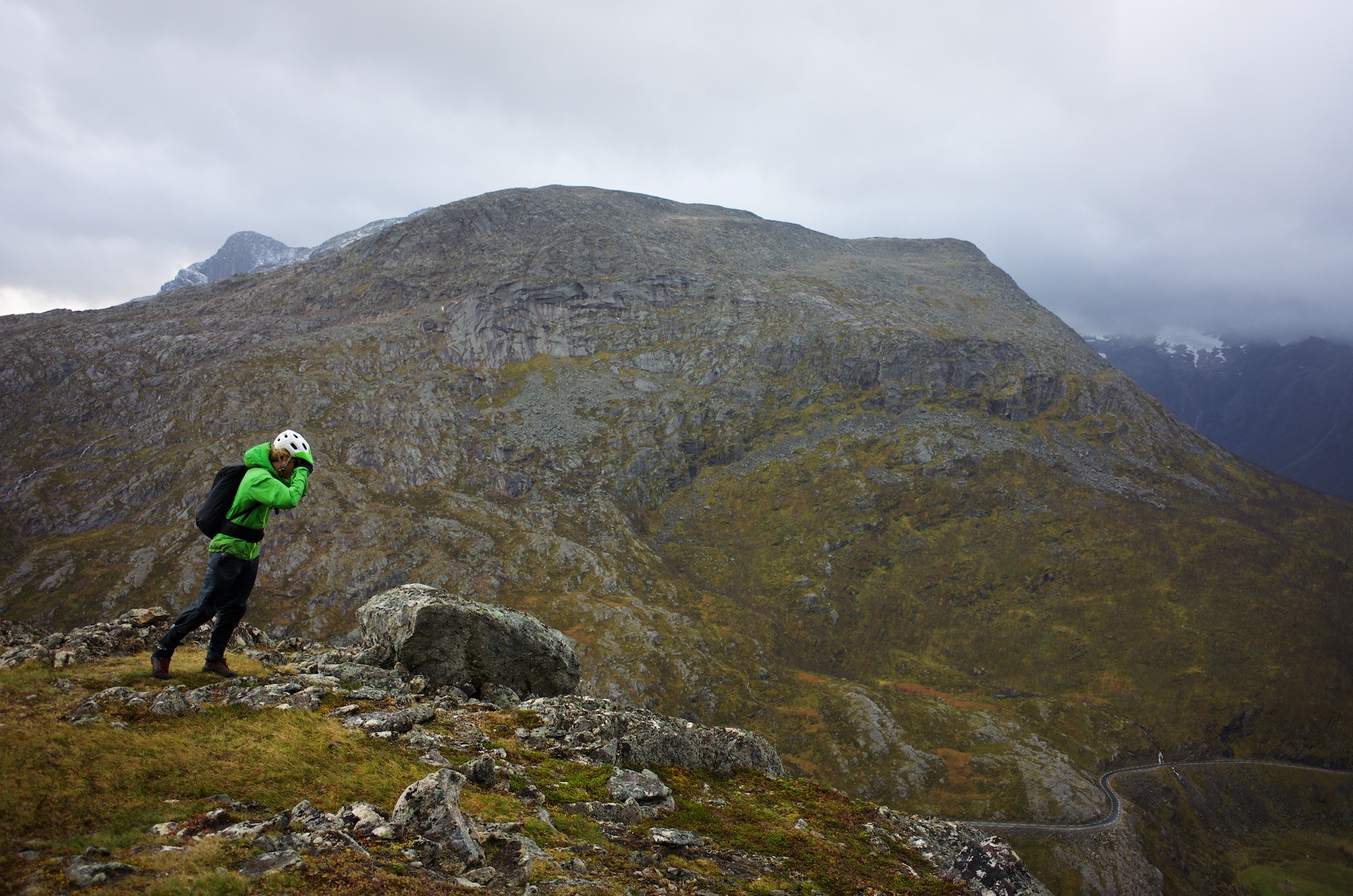 Due to the huge amount of air that was in an great hurry to be some other place than where it was right now, descending the first bit until we reached the shelter of lower elevations was more a game of keeping upright than actual riding. We made it, but it was not quick, it probably did not look very good and no pictures were taken.

Once we reached less windy elevations, we had only the soaked trail to worry about, and I would say that was enough. 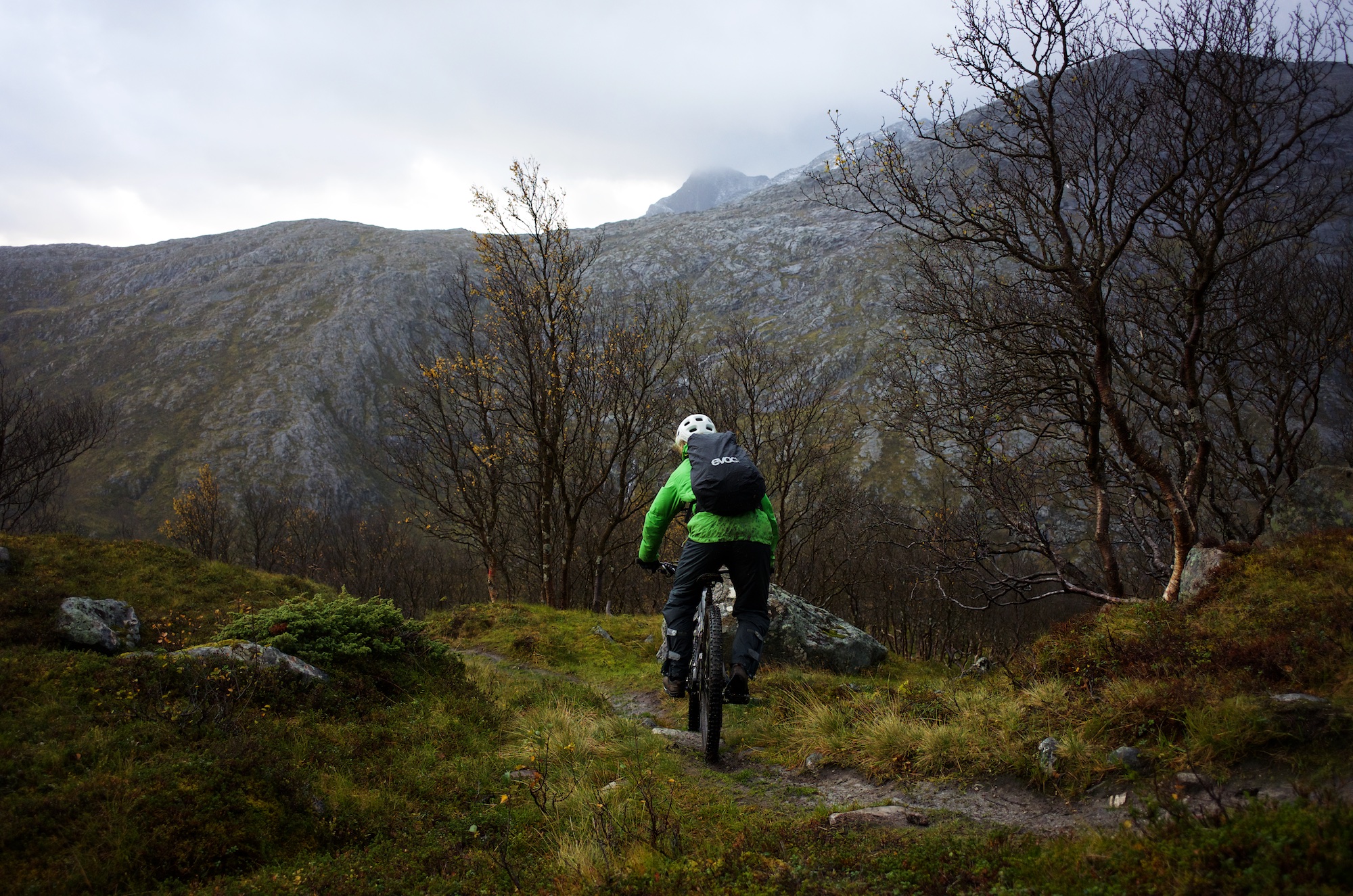 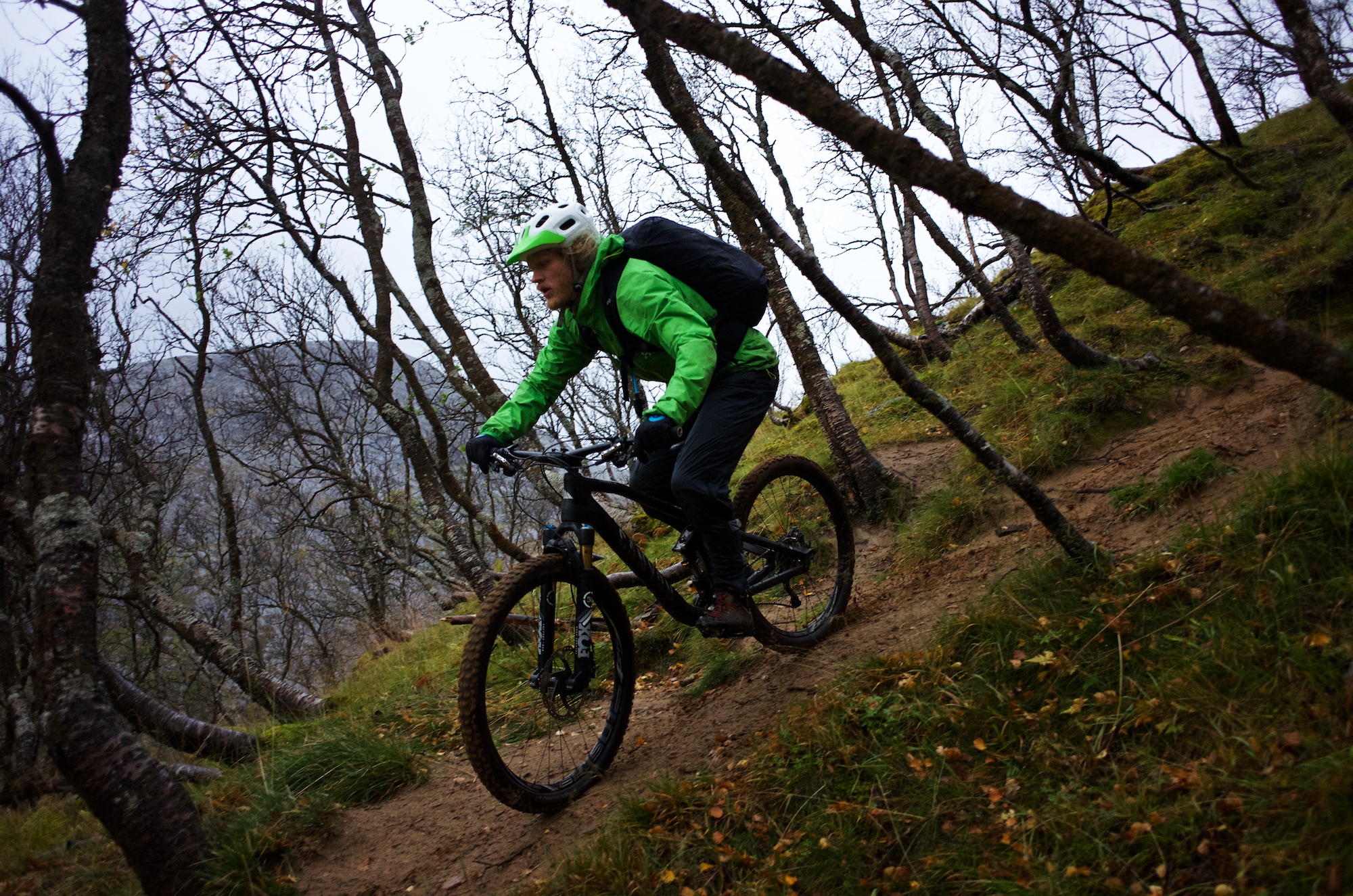 We actually had so much fun going down we decided to go up for seconds. There is something to be said for tight, twisty and slippery singletrack and birches in the rain. 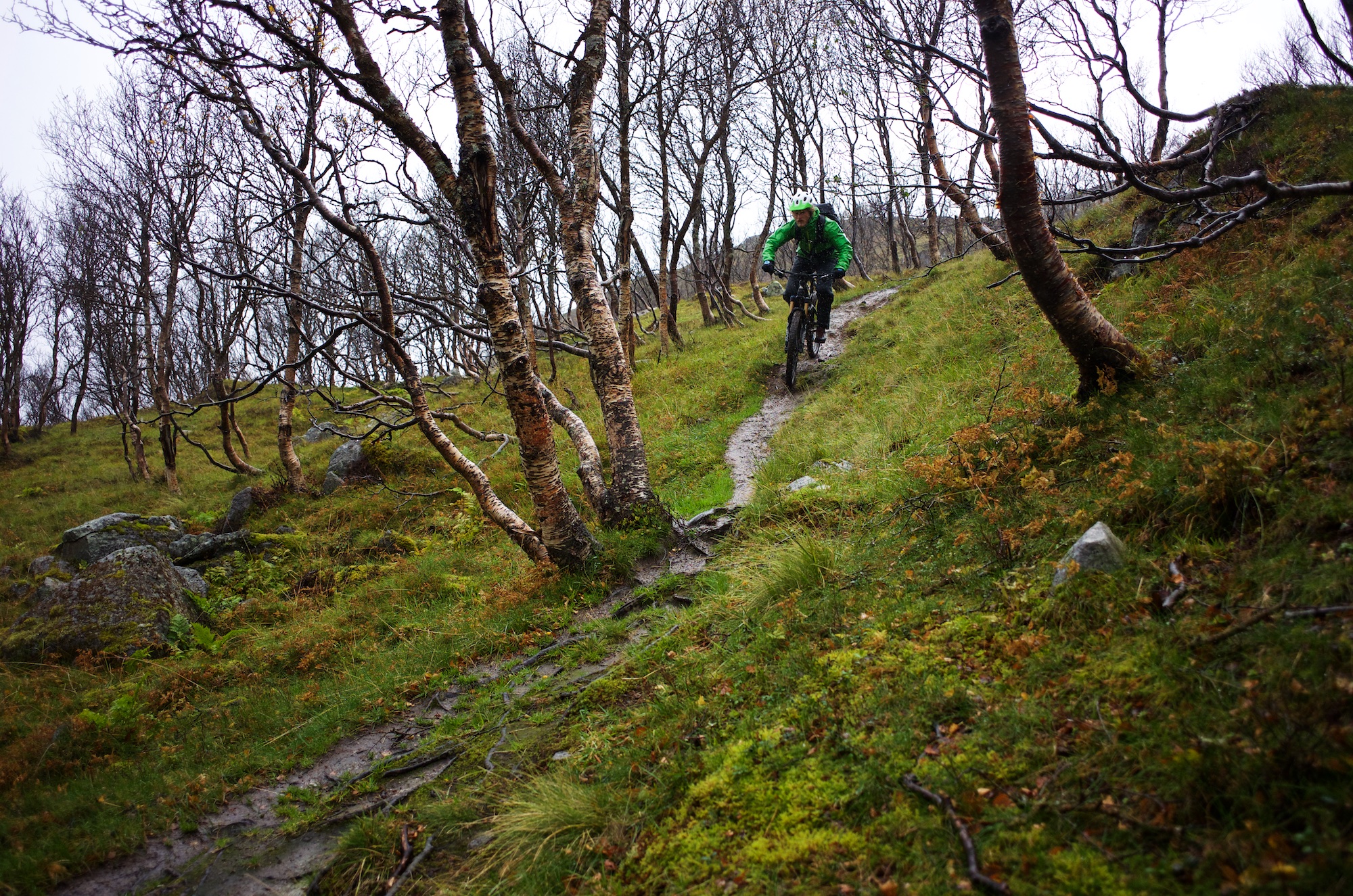