Energy levels are almost as low as the days are short (sun just stopped showing, back in January apparently), and a week of warm temps wrecked havoc with what little snow we had. But, Friday came and gave us a light dusting at sea level, and more of a decent refill at elevation, so out we went. It was also the first day of the season for both Andrea and Linnea, adding to the festive spirit that otherwise shone with its absence (in this part of the world we only have Christmas to celebrate combined excessive spending and gratitude for what we have).

There were still some snowflakes lingering in the air when we set off, but the storm had all but passed. On the way to Kattfjordseidet we stopped along the fjord and looked at whales and orcas playing around in the cold, grey water. Those are some really impressive animals, incredible to live in a place where they just hang out in the backyard.

The way up is as straightforward as anything, and not particularly long either. The boring part disposed of, we ripped our skins and busted out the head lamps. 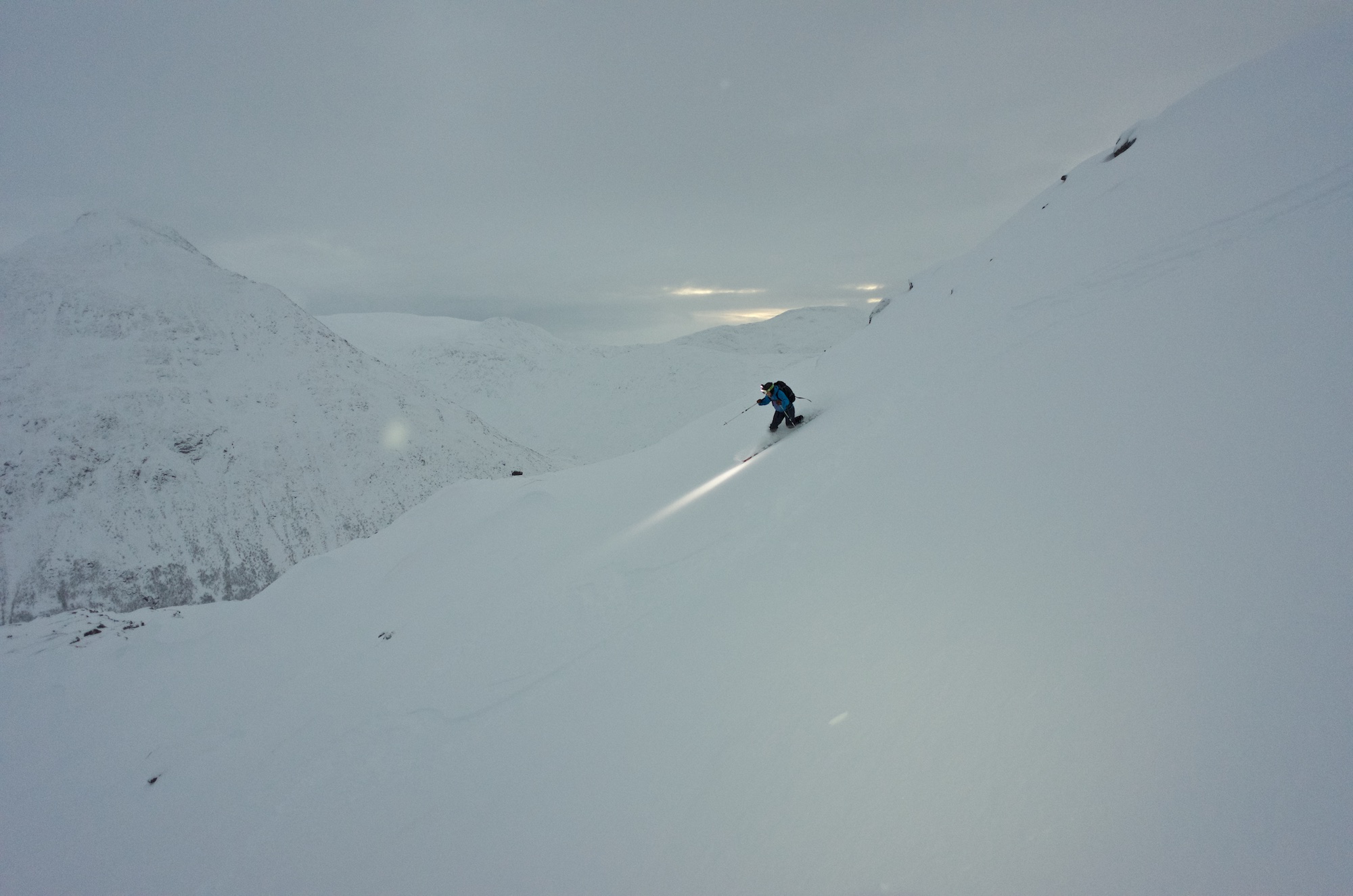 Up higher the snow was actually not bad, a solid 15-20cm of fresh pow on top of assorted crusts, melt-freezes, slush and what have you. The challenge was more in the visibility department, with flat light that was still bright enough to almost outshine our own lights. On the other hand, there is really not too much to see in the first place. 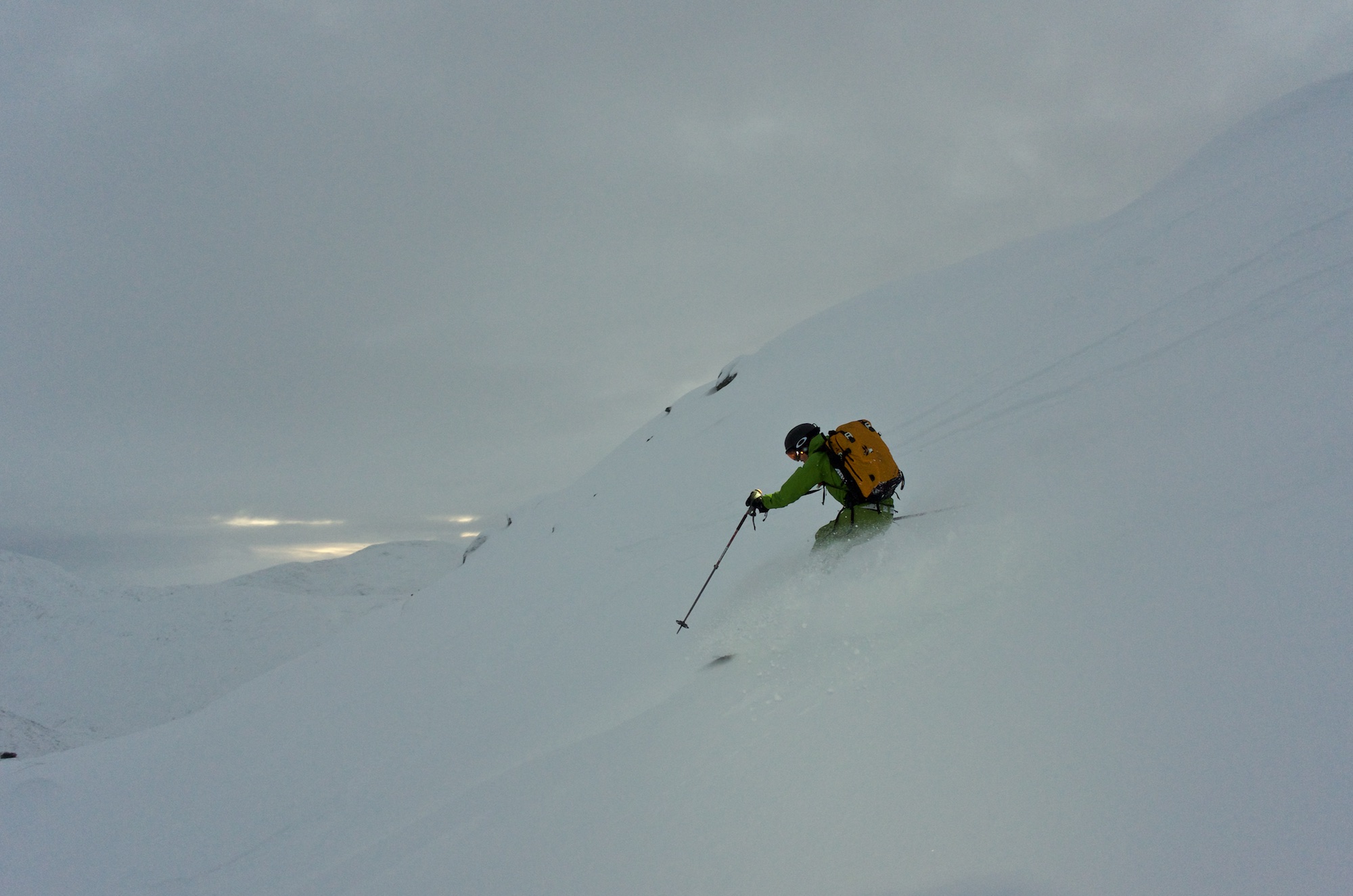 Further down there was less dust and more crust, but at that point it is all about pointing it straight to the road and just letting the big board eat all lumps and bumps anyway. So I pointed it straight for the road and trusted the big Odin to do the work, no shits given, non taken either for that matter. It really is a beast of a board, together with the Phantoms and the Dynafits it is close to unstoppable, as long as the pilot has enough oomph in the legs to not become a passenger.

Not all days can be awesome, filled with joy, energy and happiness from start to finish, but getting out there breathing fresh air and sliding sideways in snow with good friends is a sure way of making any day quite a bit better than it otherwise would have been.