A lovely woman gave me a pass to the LyngenExp bike festival last weekend for birthday, how lucky am I? Very, as it turns out.

We rolled into Lyngseidet on friday night to heavy clouds and a general feeling of dampness, but a hearty portion of Bacalao kept us warm and sleeping well at the Magic Mountain Lodge.

The next morning we woke up to what looked just like the same heavy clouds, but for all I know they might actually have been a completely new set. It was damp but not properly raining, and it wasn't even cold. No excuses then! 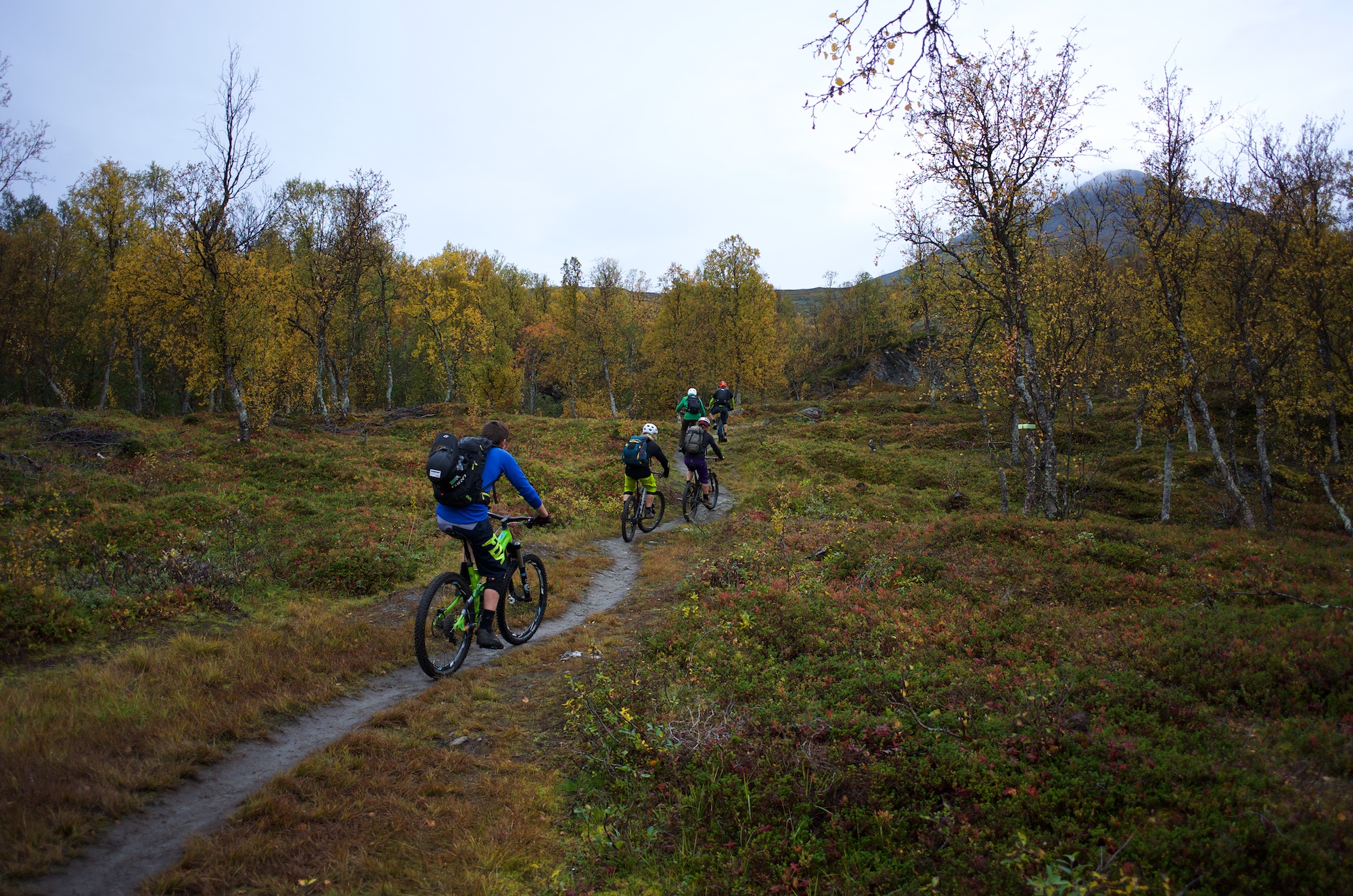 About half way to our highest point we took a detour on a short downhill, to get a feel for exactly how slippery the rocks would be. 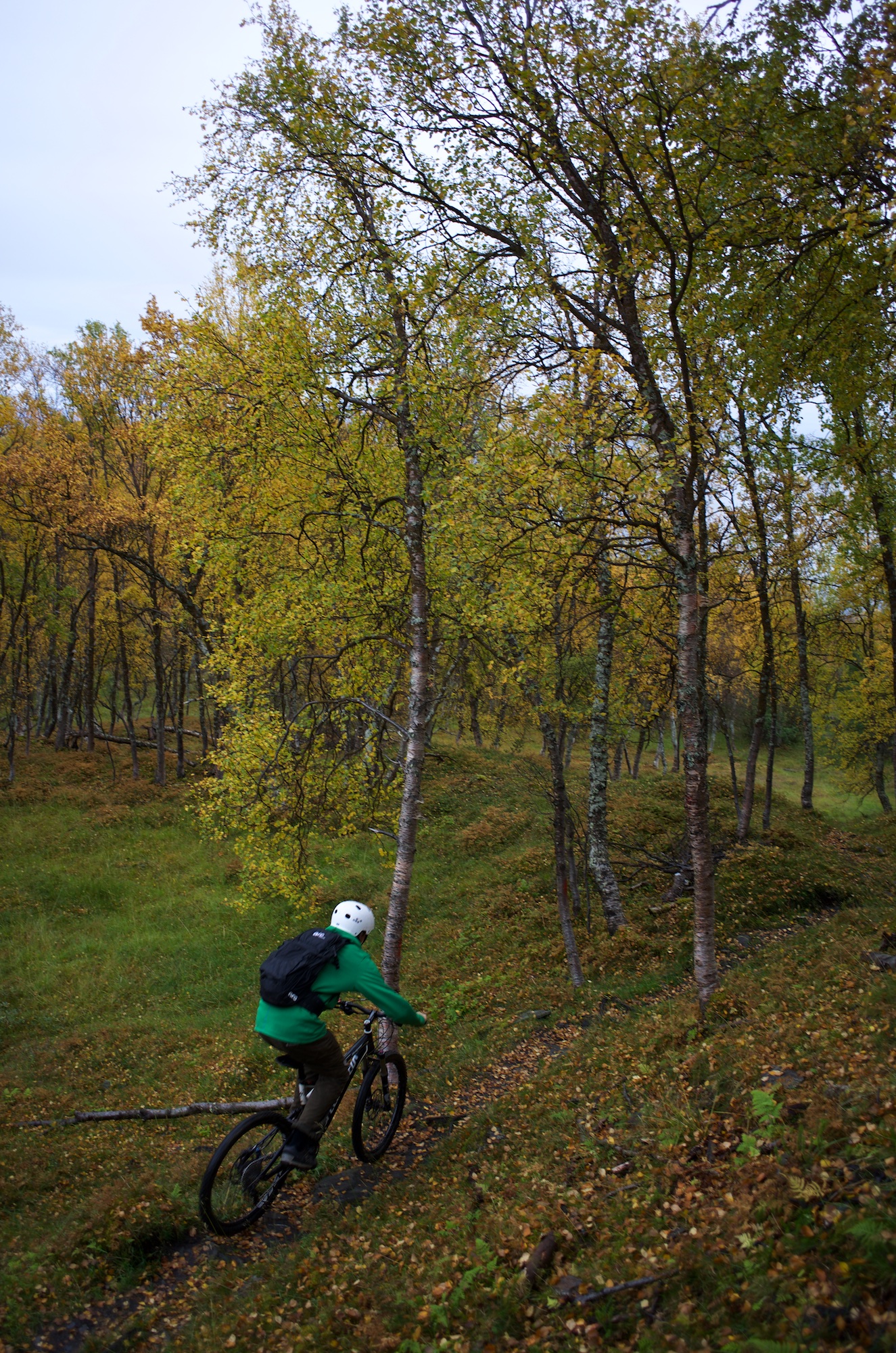 It turned out conditions were quite greasy indeed, and we had to really make an effort to keep rubber side down. We all made it, some with more mud in the face (and elsewhere) than others. 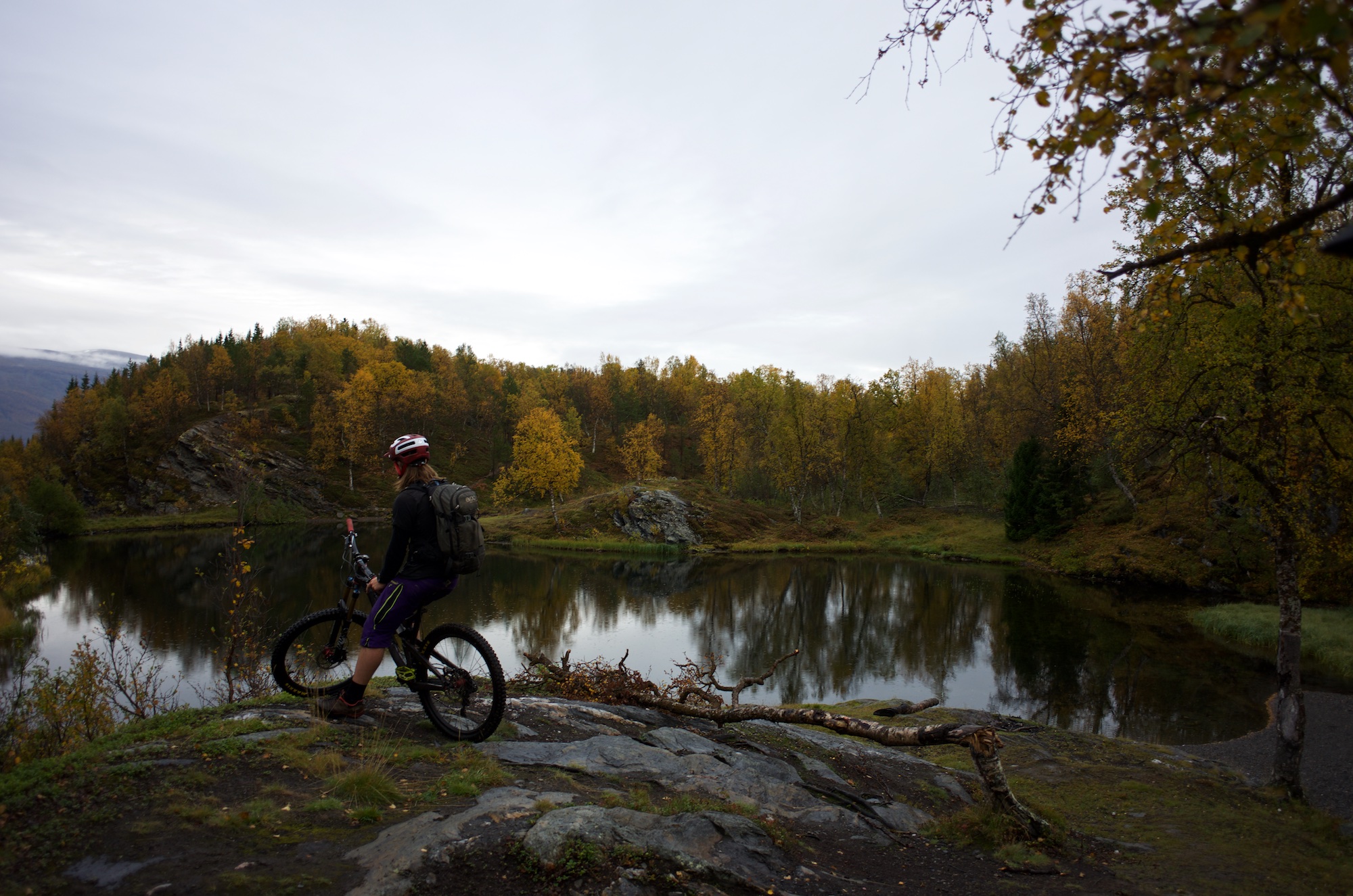 As the trail started traversing some parts were nice and smooth, others were rocky and quite challenging in the slick conditions. 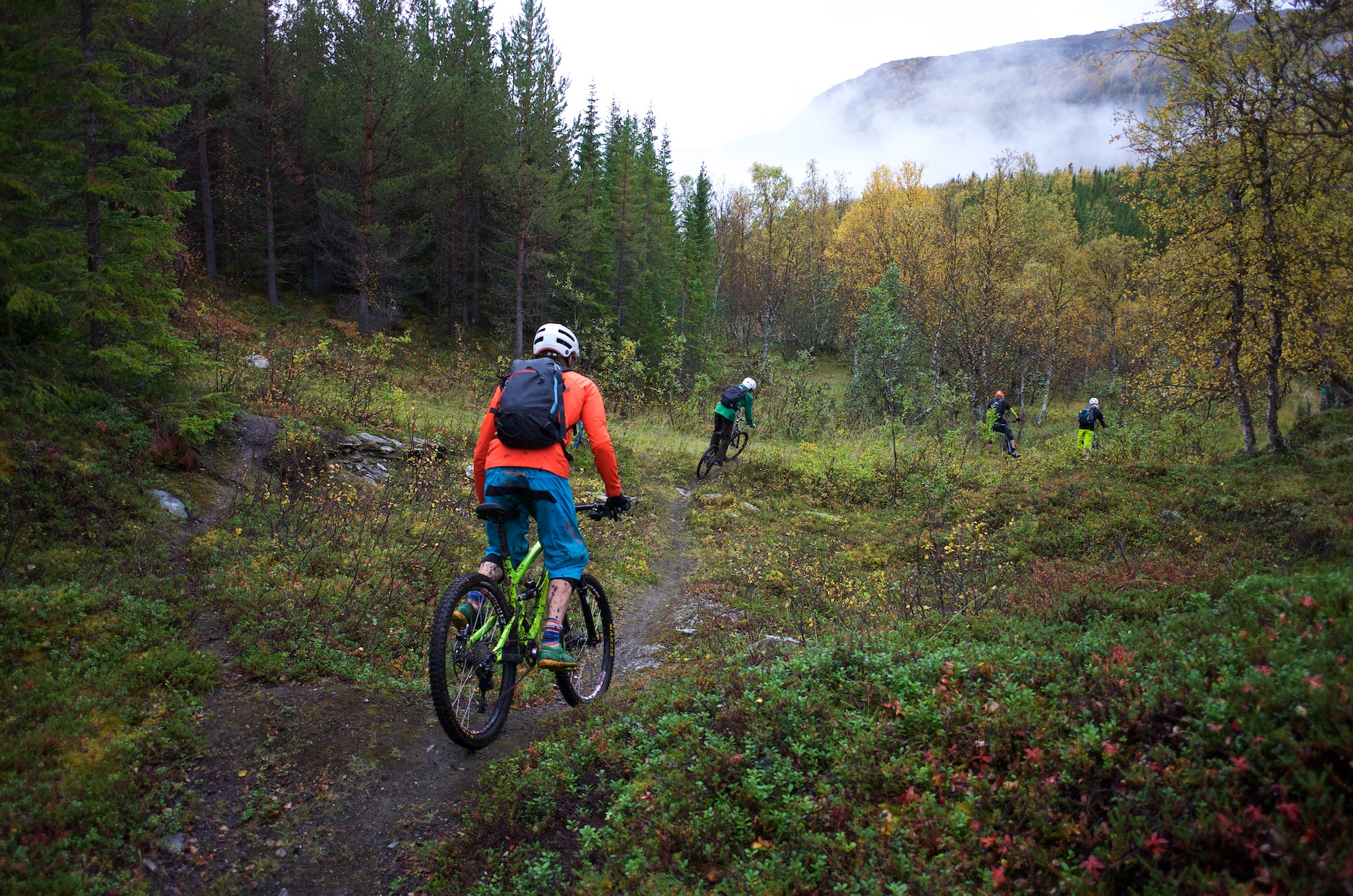 Eventually we connected halfway down our future descent, a natural trail that has seen some recent "enhancements" that we stopped to session for a while. 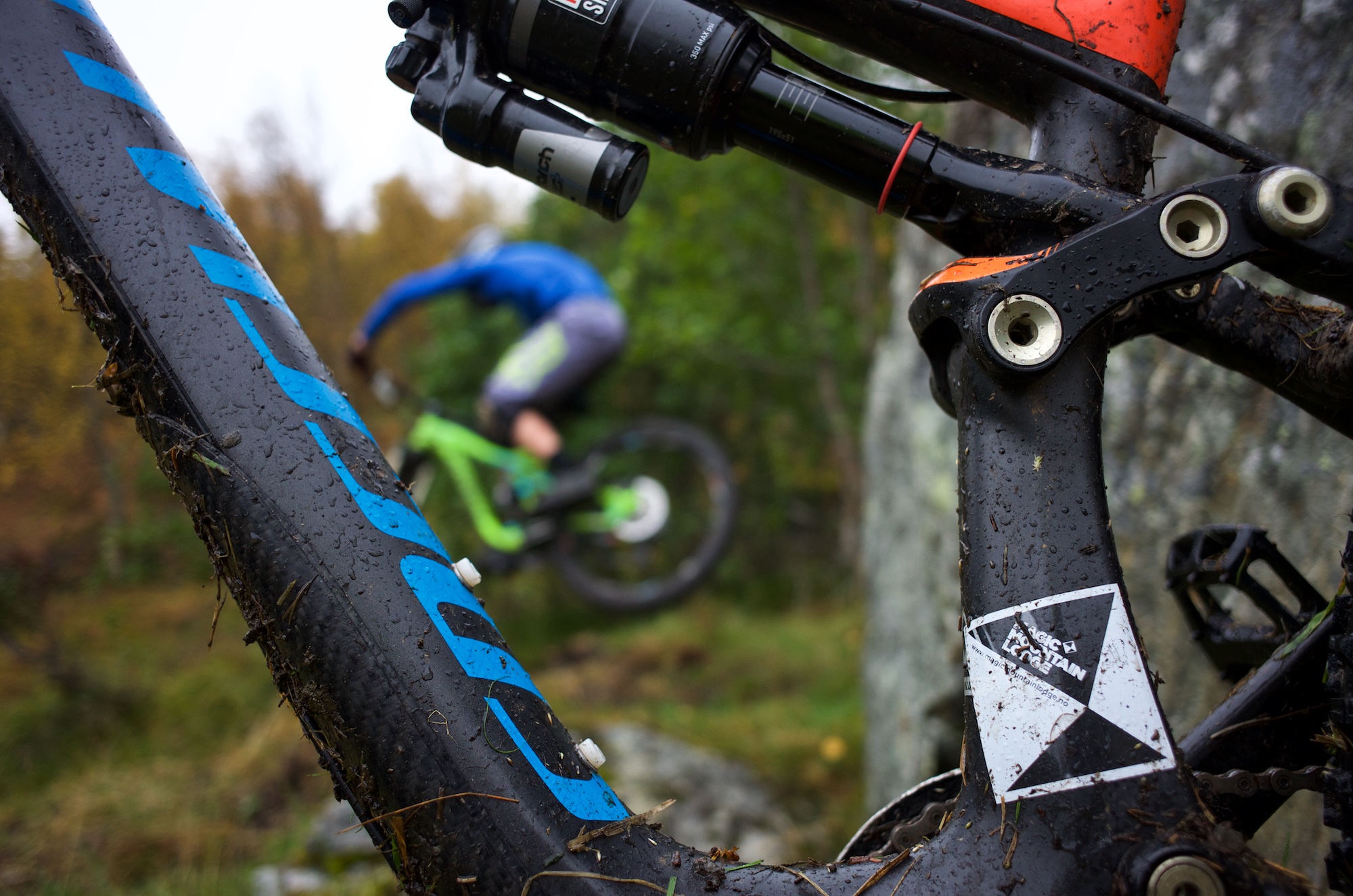 We managed to stop playing around on the jump and continued upwards and into the low hanging clouds. 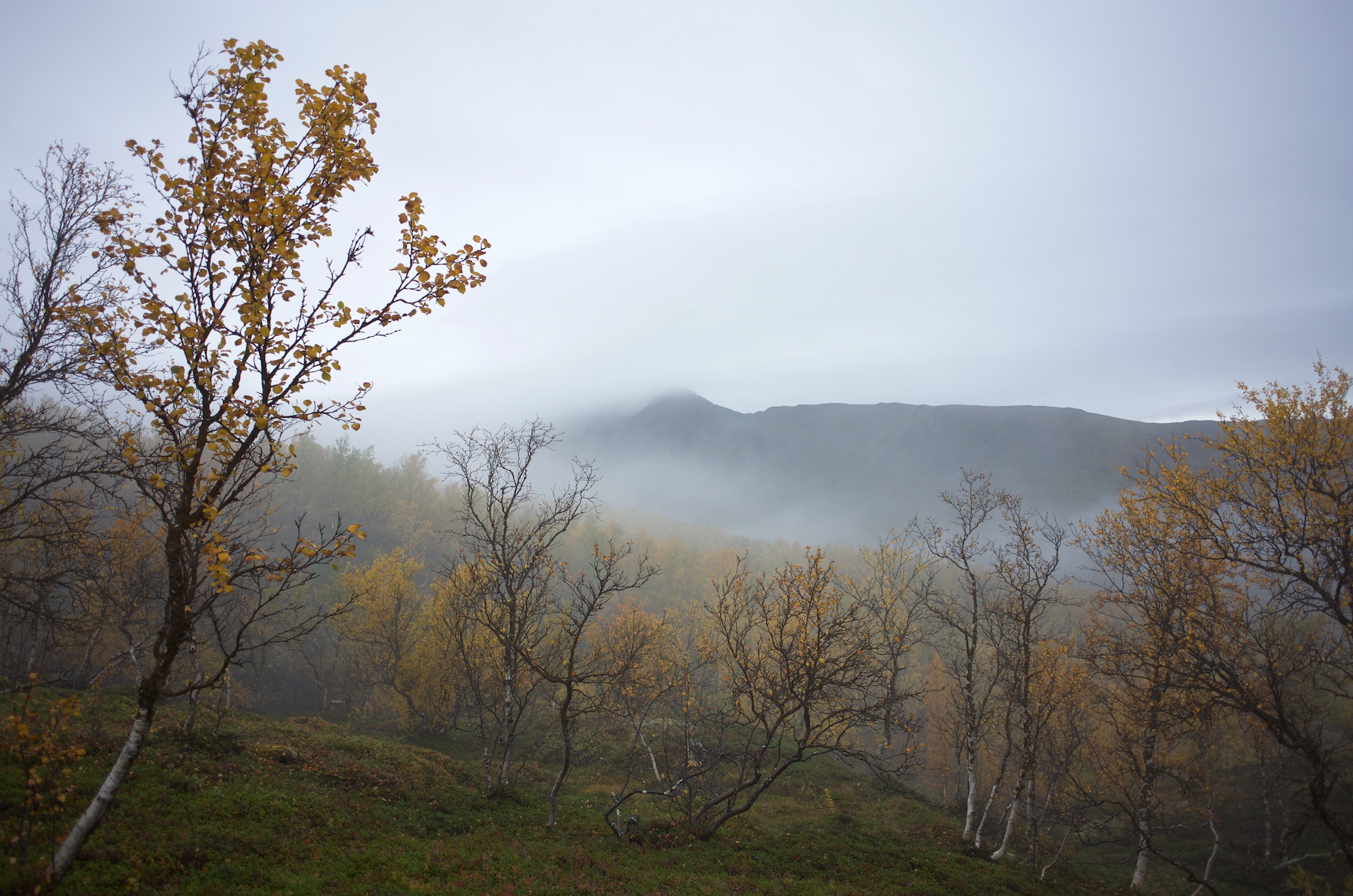 Soon enough we made it to the top, and after a quick snack we were all eager to spray some dirt. 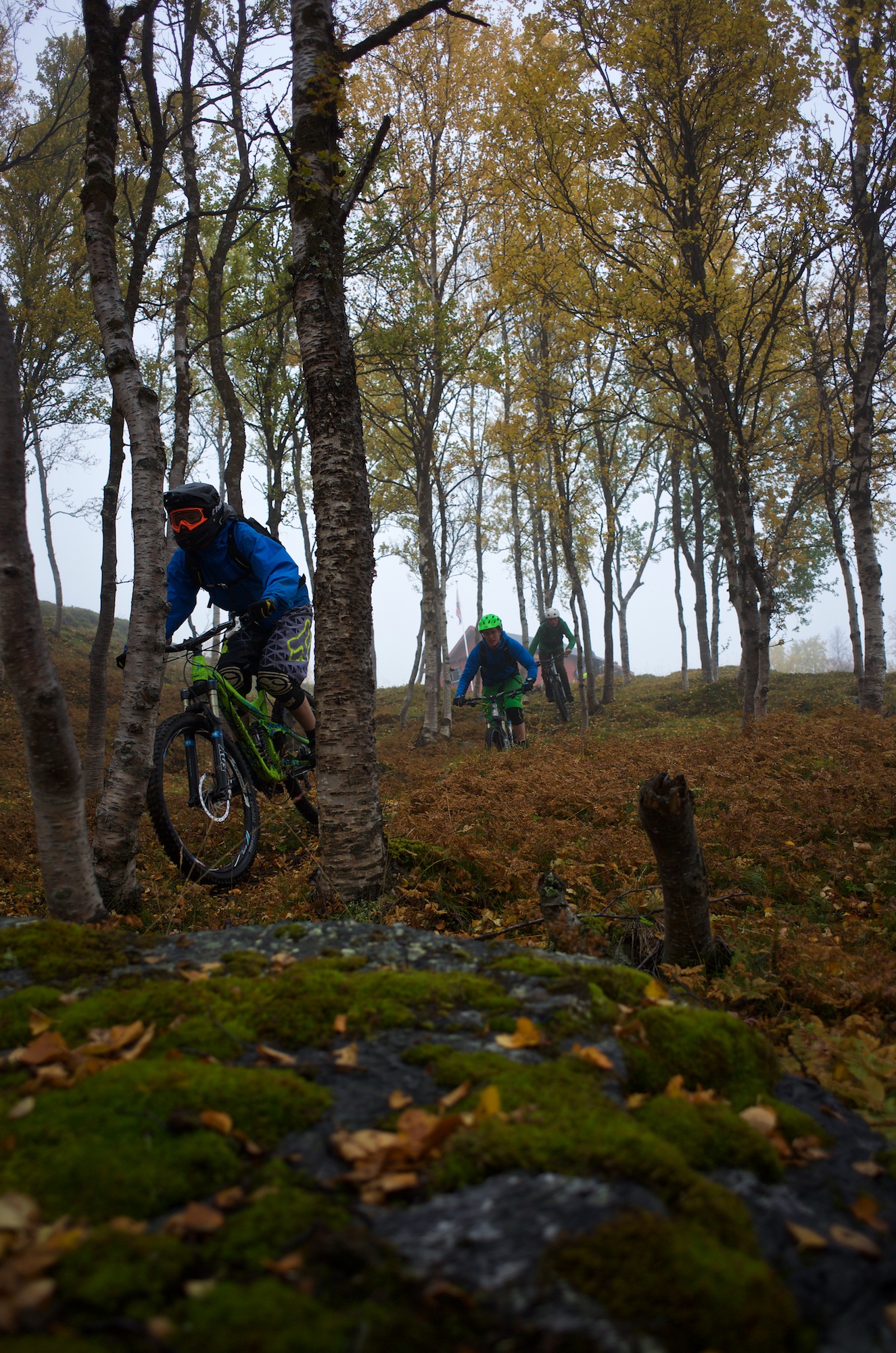 With conditions scetchy as they were, it did not take long before there were riders scattered all over the hillside. Some managed better than others to keep off the brakes and on the trail, and frequent stops to regroup the scattered horde of riders made for some good photo opportunities. 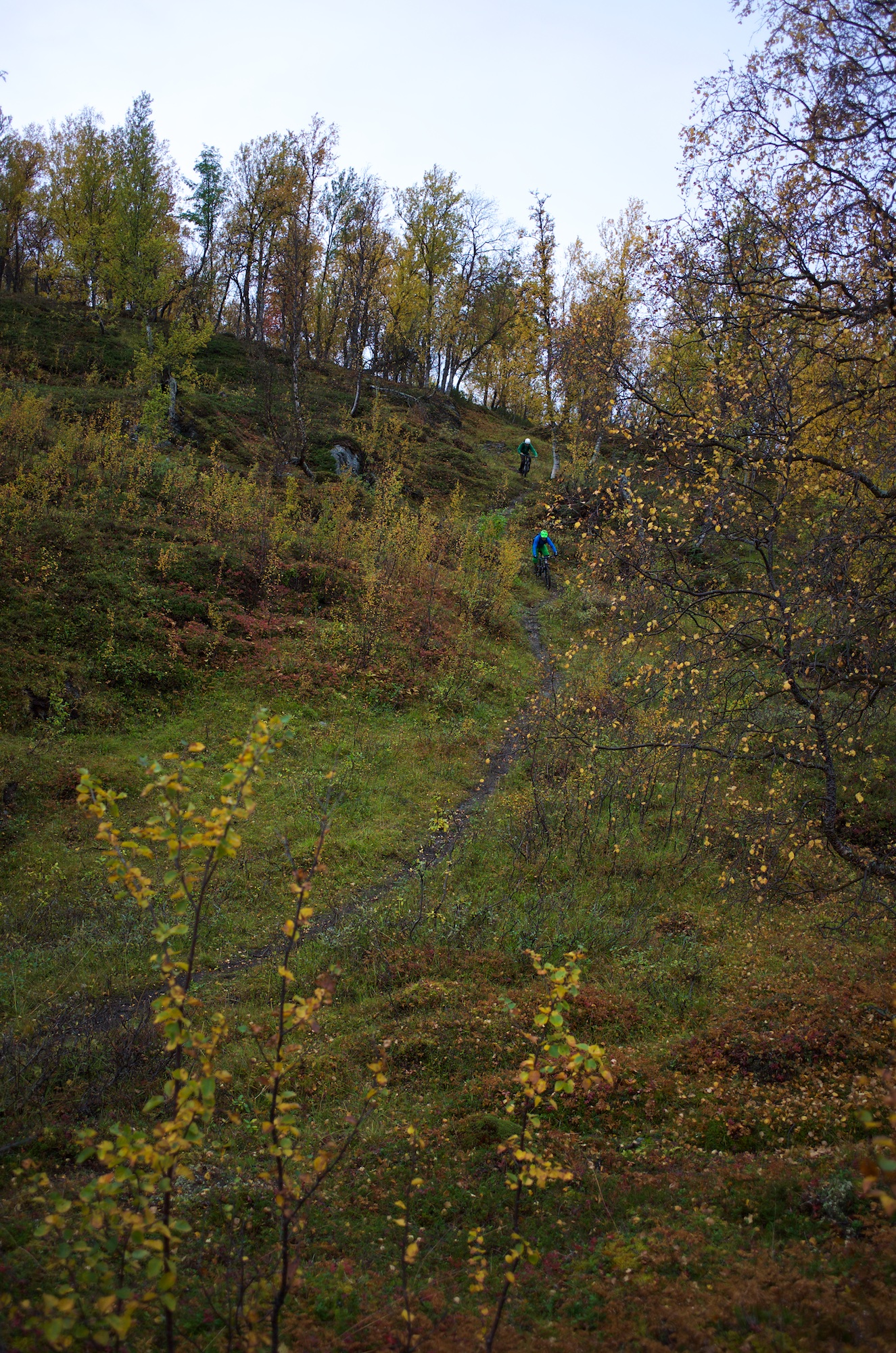 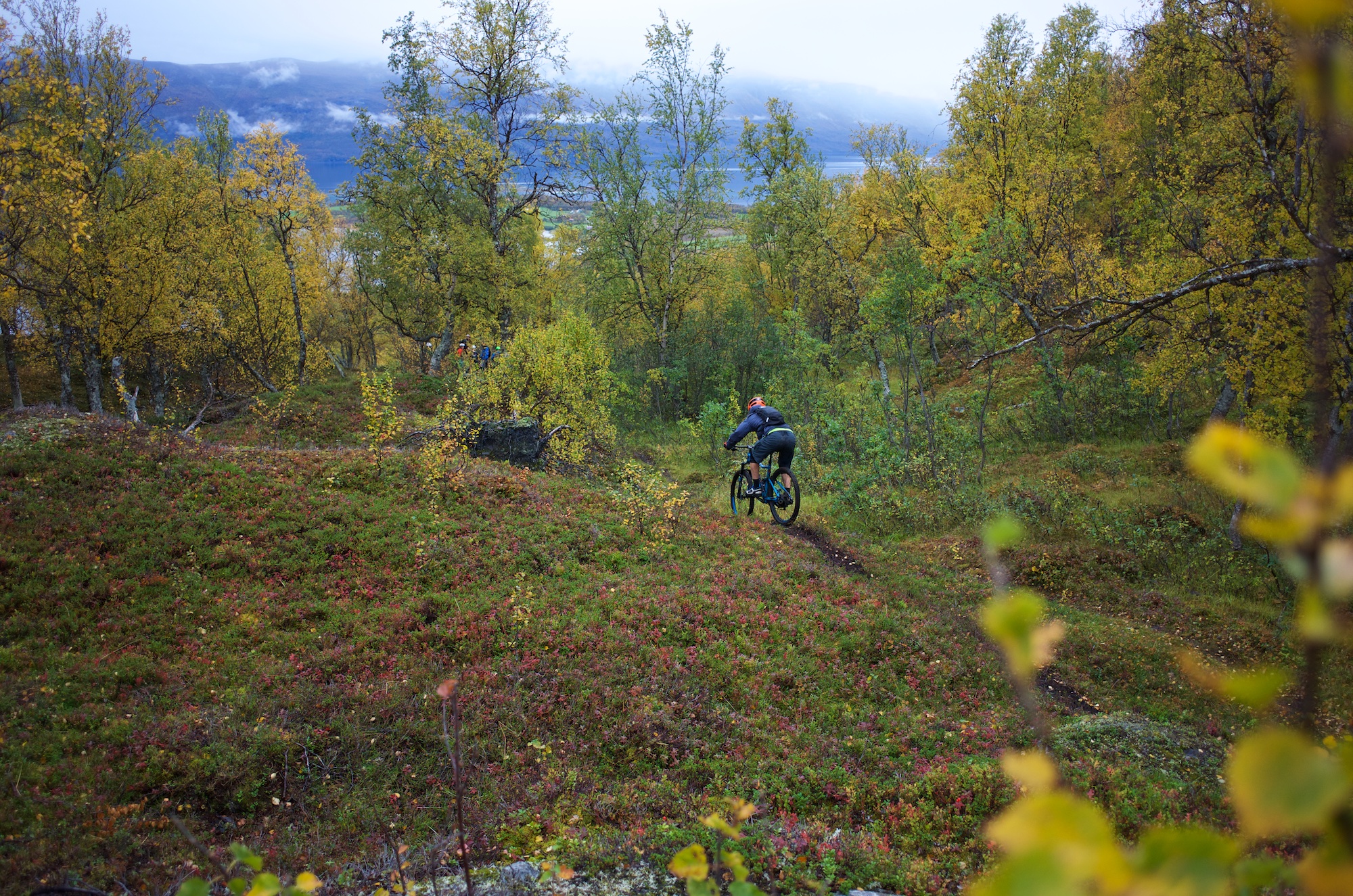 Trying to grab the back wheel of a local (and keeping it in sight) was a sure way of going fast through the blind corners and crests as we made our way down the mountain. I think everyone at some point had a moment or two, I sure was within centimeters of eating mud more than once but somehow managed to keep my shit in a pile this time.

We finished the this first day of the festival back at Magic Mountain Lodge with mountains of delicious food and some awesome homemade beer. 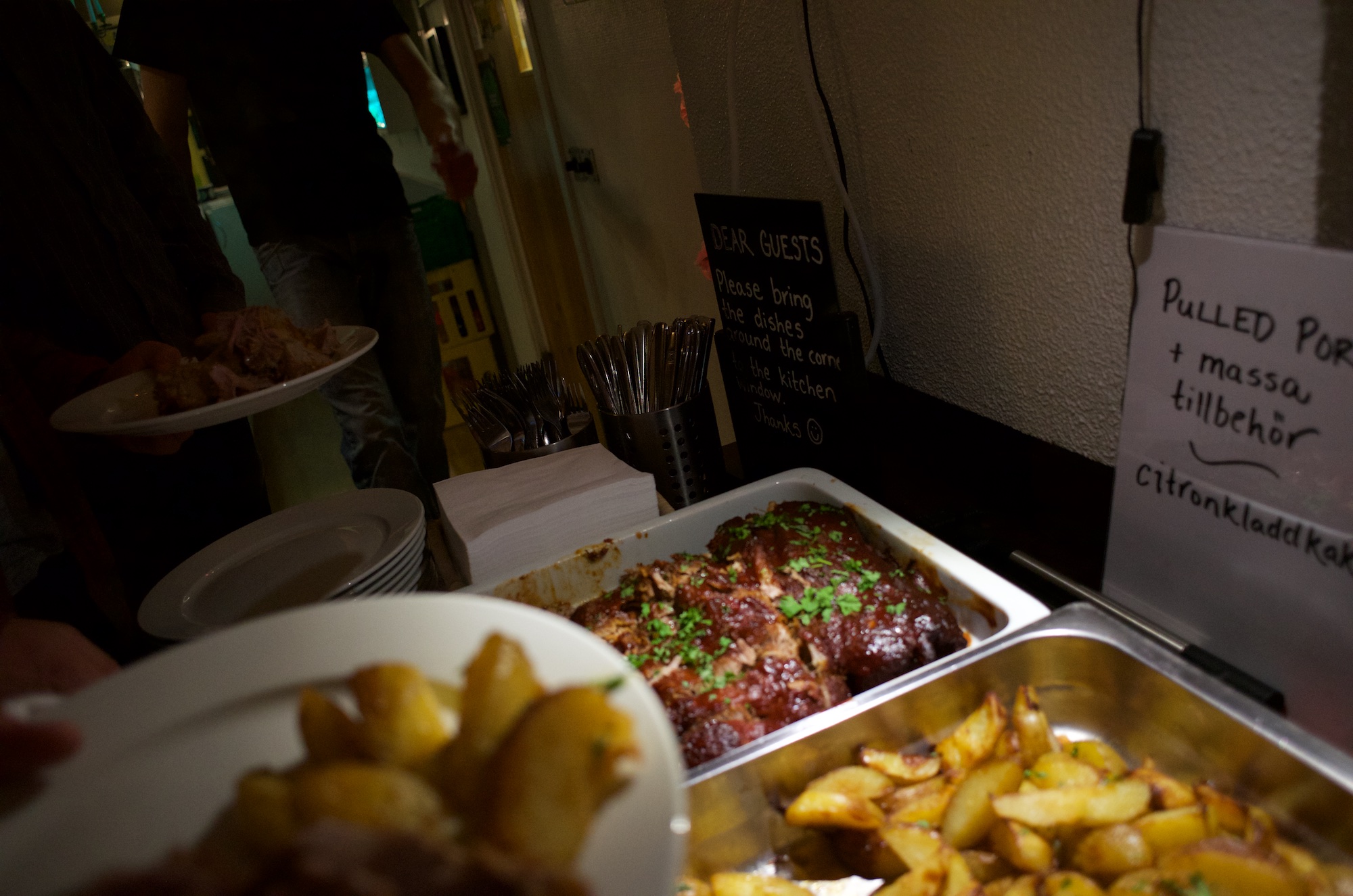 Thank you Andrea for the birthday present, thank you MML and staff for a great stay and thank you LyngenExp for just being awesome. We will be back!