Last Friday was one of those fantastic evenings when the sun is out, leaves are yellow and the air is crisp. To be fair, most people who have seen other parts of the world than Tromsø would probably argue that the air is always (at least) crisp (and mostly even nippy, or outright cold) up here, but there is something with fall that gives an extra helping of crispness, if that makes any sense. I will just pretend it does and move on, before I get caught up in another way too long air-texture related sentence, there are probably enough of those to go around on the internet already.

Anyway (drawing a deep breath of crisp air), the air was crisp. And I had friends who wanted to ride bikes, so we rode bikes. It was stupendous.

We followed the usual old mining roads up Tromsdalen into Djupdalen and up to the plateau below Bønntuva, probably the most frequented climbing and descending trail around town. But on the plateau we did not continue the few remaining meters up to the summit of Bønntuva, instead taking a sharp left in search for an almost forgotten mining road. It is all but overgrown and not too easy to find, but knowing where to look we were soon right on it, rolling north along the ridge towards our final objective, the entrance to Sollidalen. 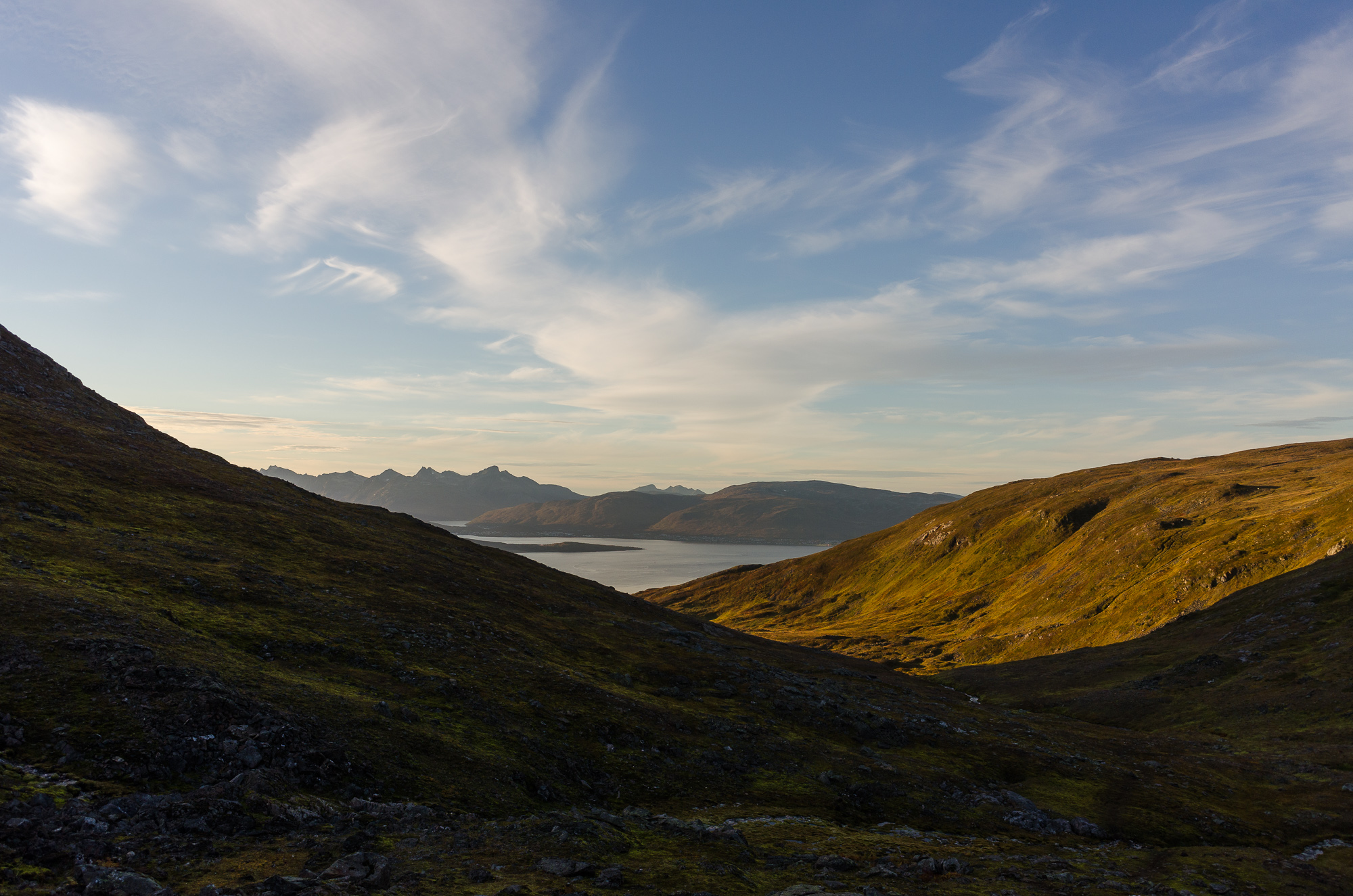 Sollidalen is a very special place, with a fantastic trail as I have probably said many many times before. This time the light was very special too. 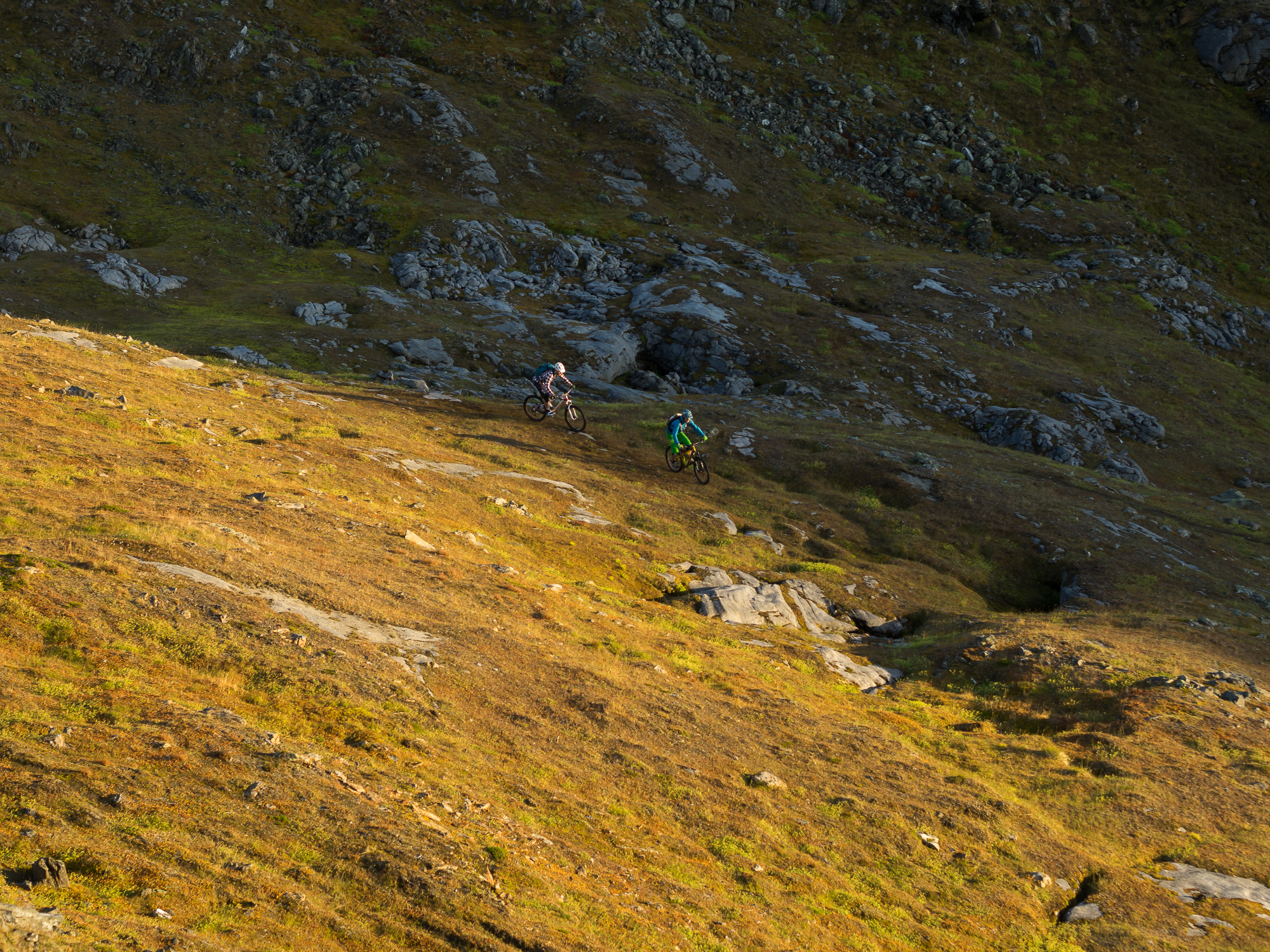 The trail snakes down the bottom of the old glacial valley, steeper at first and gradually flattening as the valley widens. We navigated the moraine ridges and made our way towards the treeline, where it again steepens and gets twisty for the last few hundred meters of vertical before we hit the fjord.

The following morning, a Saturday mind you, everyone seemed to have plans. Plans that involved all manner of things except, disappointingly, riding with me.

Being that our car has been constantly broken all summer, I was now facing a lonesome day of riding whatever can be reached by pedals and not the epic distant peaks and big crews I had imagined. The morning slogged on, and by noon I figured I might as well sort out Andreas badly worn out brakes when all of a sudden everyone and their dog showed up to ride! 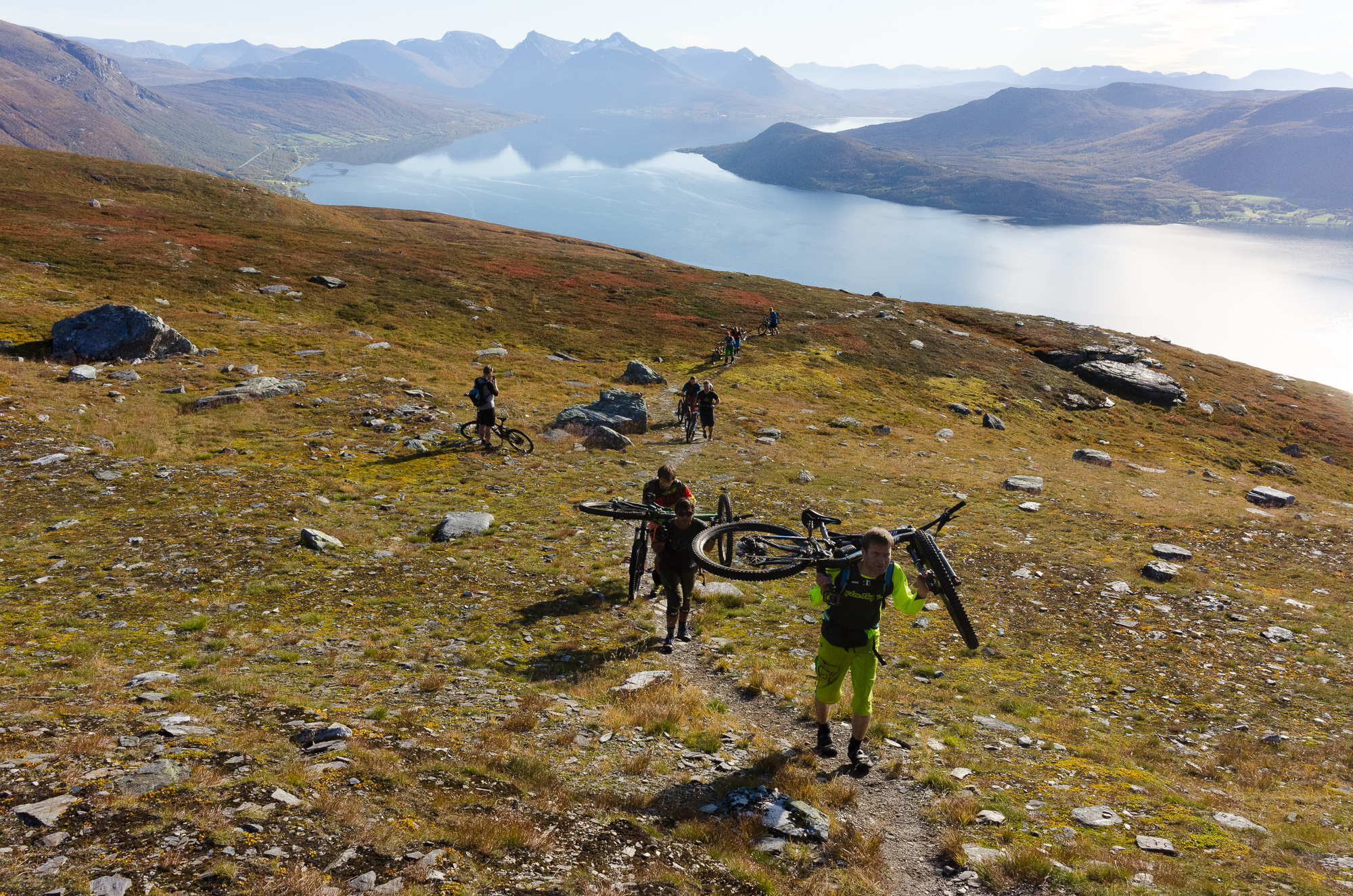 I just went along for the ride and it took a good while to realise it was all a conspiracy to celebrate my birthday, and I completely fell for it.

The conspirators and I pushed our bikes up Blåtind, had buns and cakes and whatnot and rode down in a giant group, spectacular. Thanks for the surprise guys! 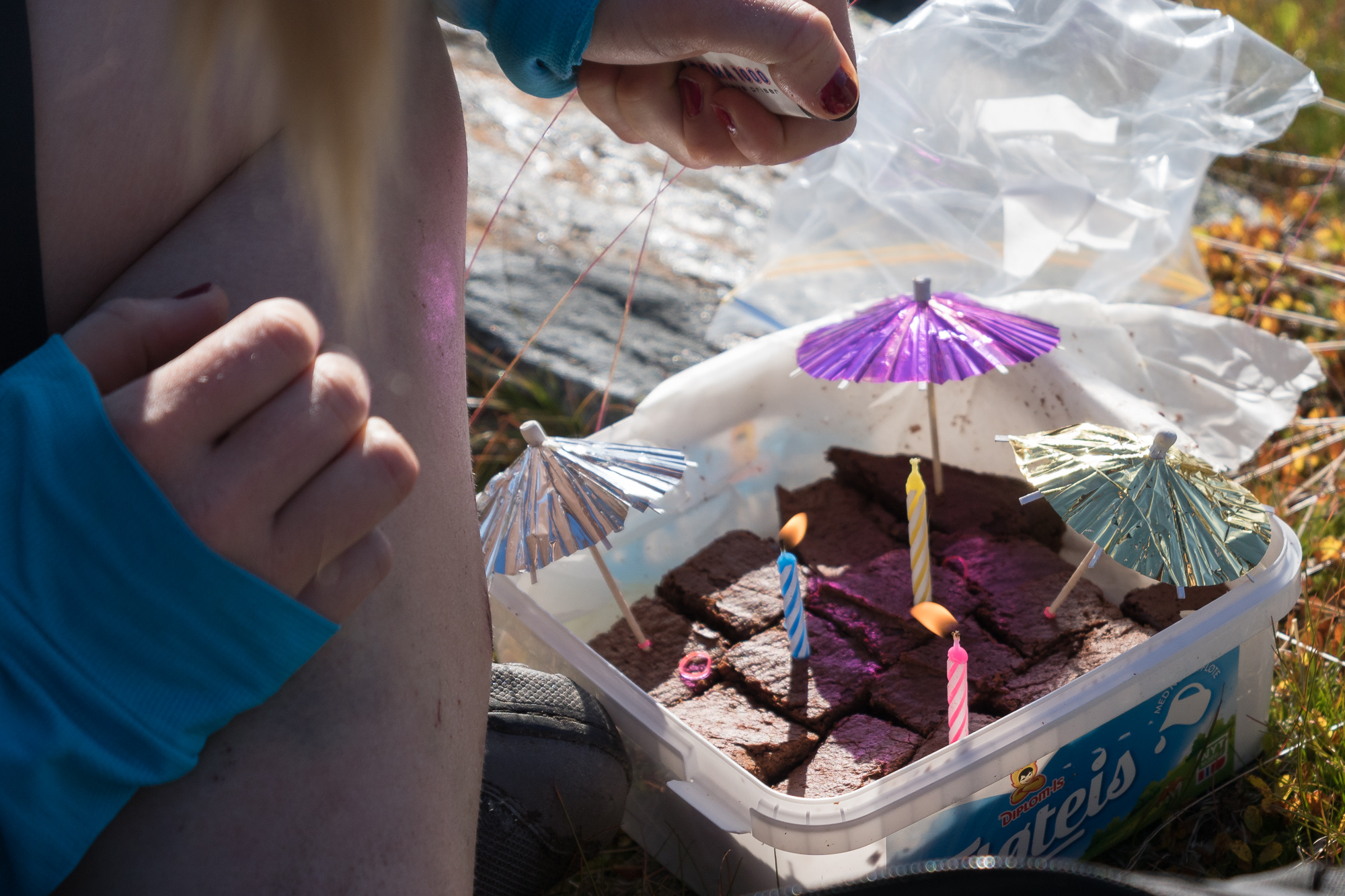 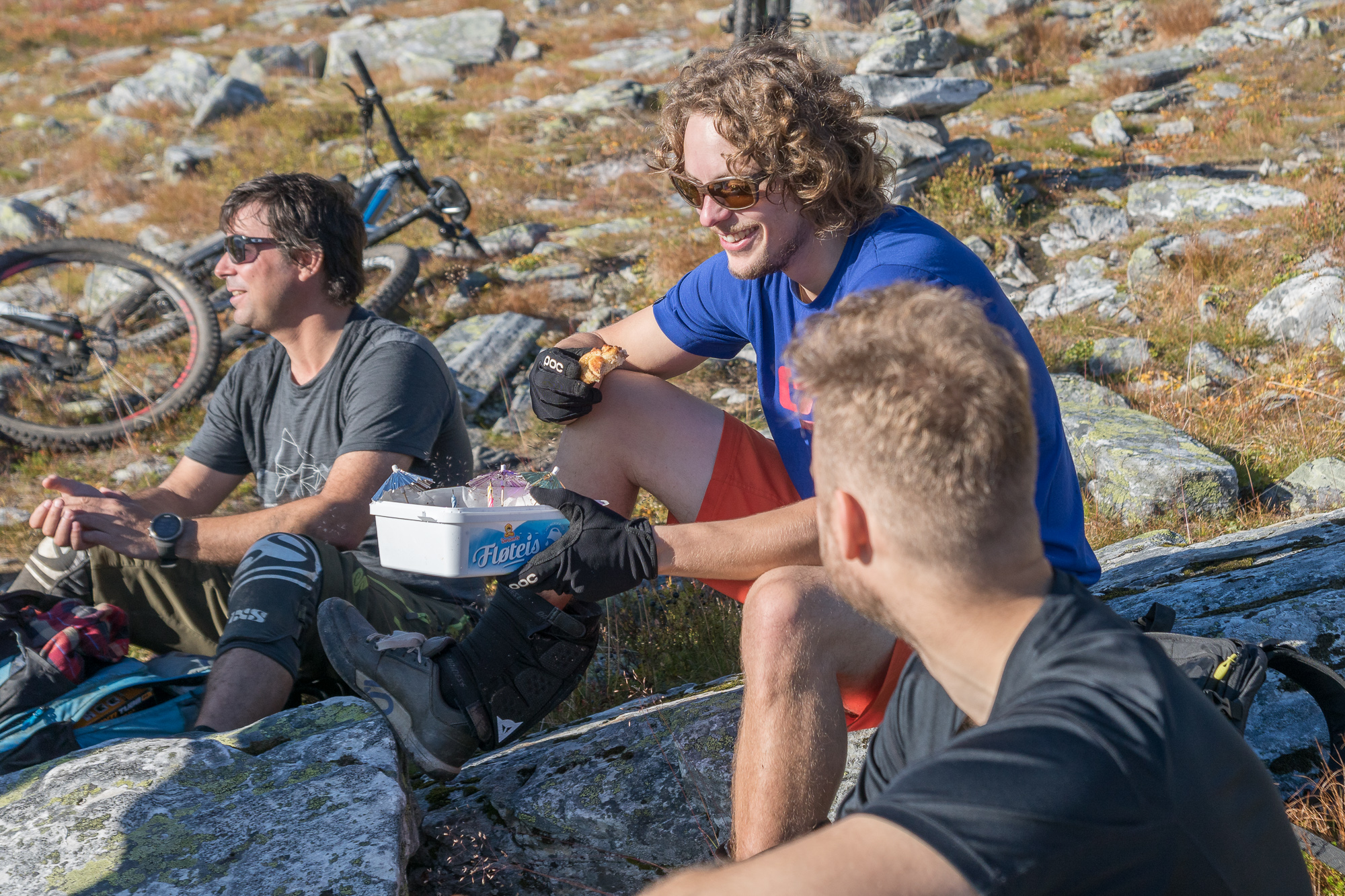 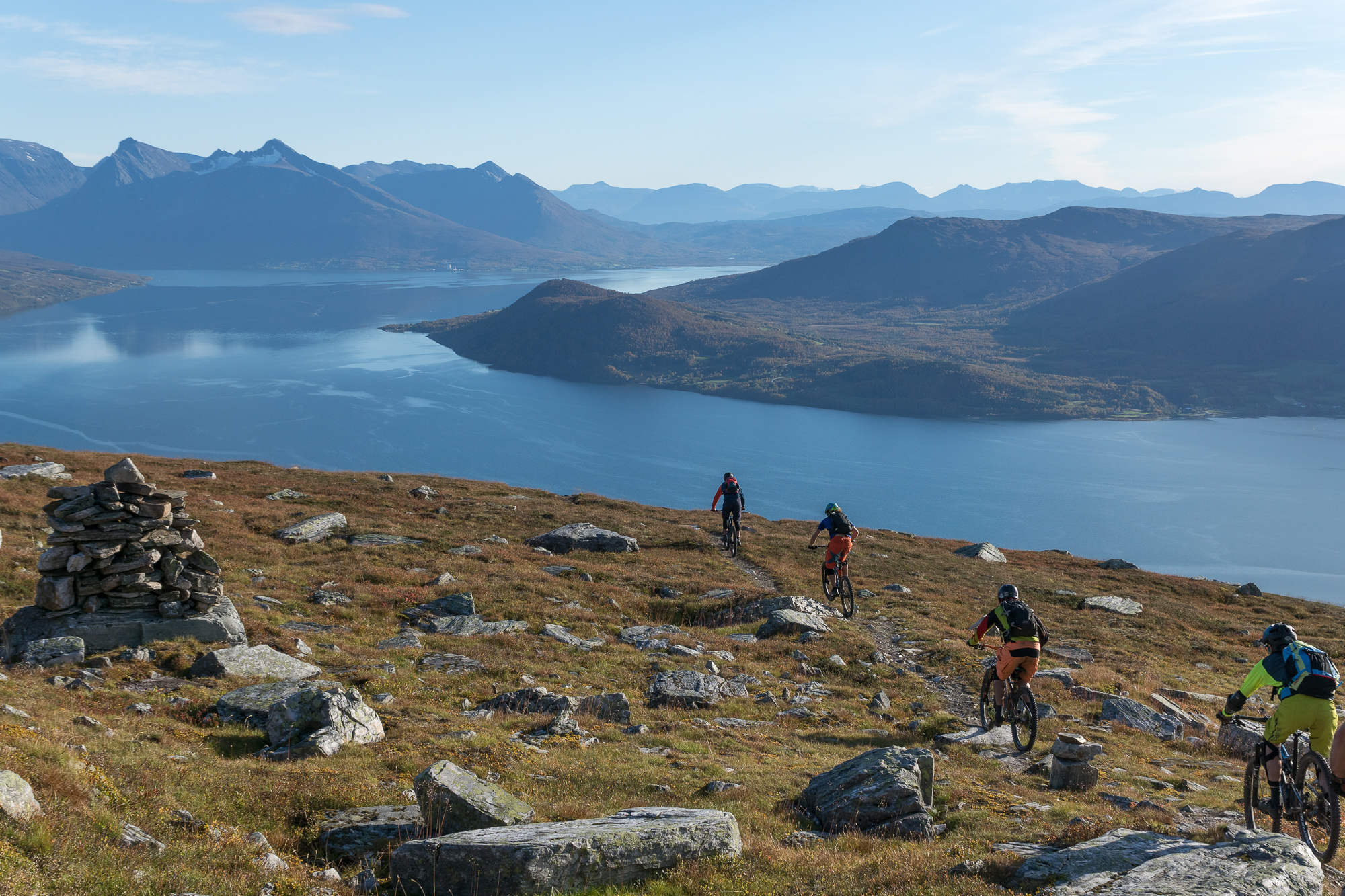 Eventually we ended up barbecuing on our balcony, and from then on memories are a bit fuzzy.. 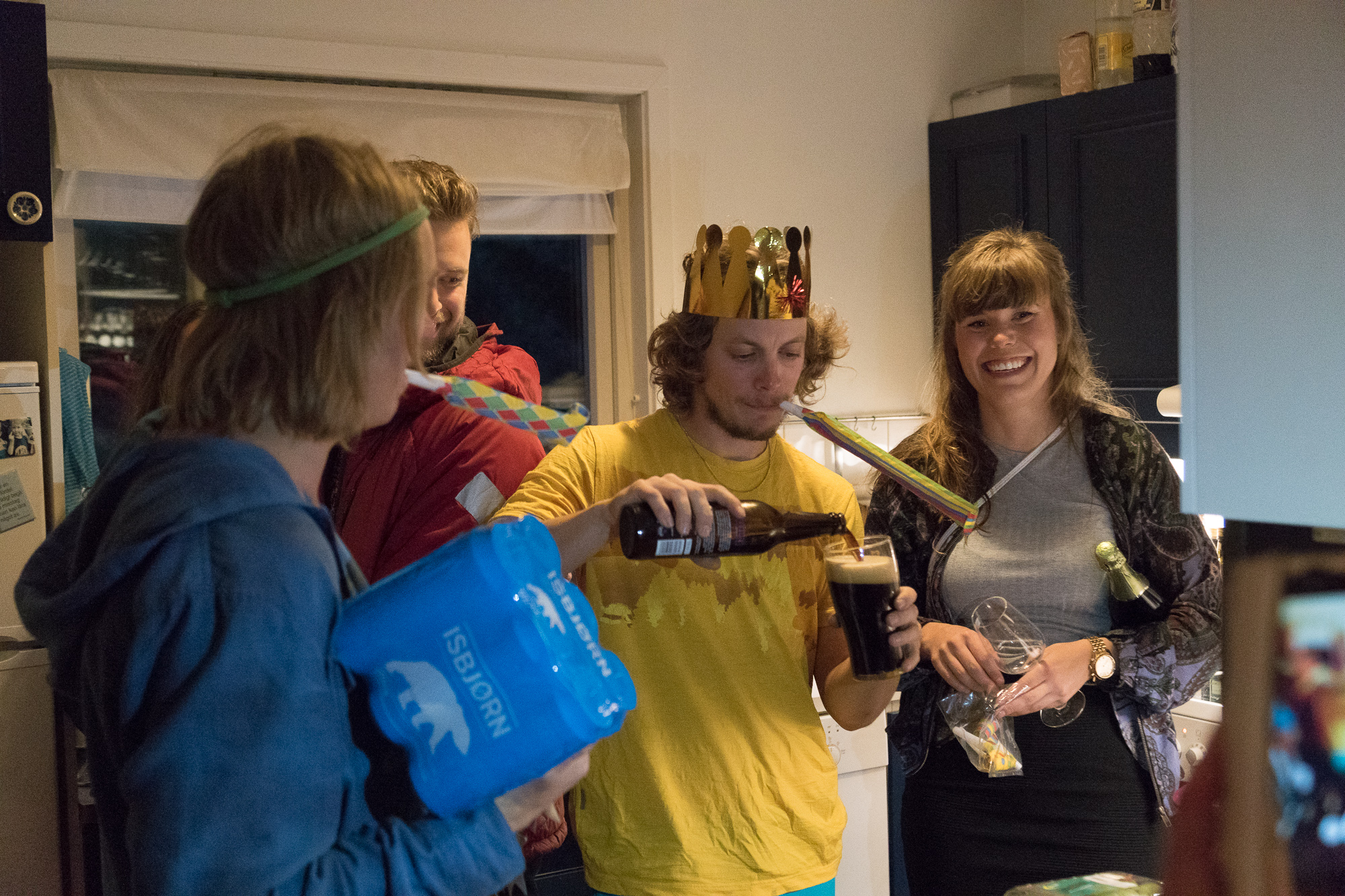 What I do remember is waking up with a skull that somehow seemed just slightly too small for its contents, a living room full of empty bottles and tons of left over food. Obviously yesterday evening was not too bad it seems. After a lot of bacon, eggs, clearing of bottles and other slow activities I finally feel ready to get some air. We gather a slow and steady party of three and slog our way up Fløja to get a few turns in on the yellow leaves. 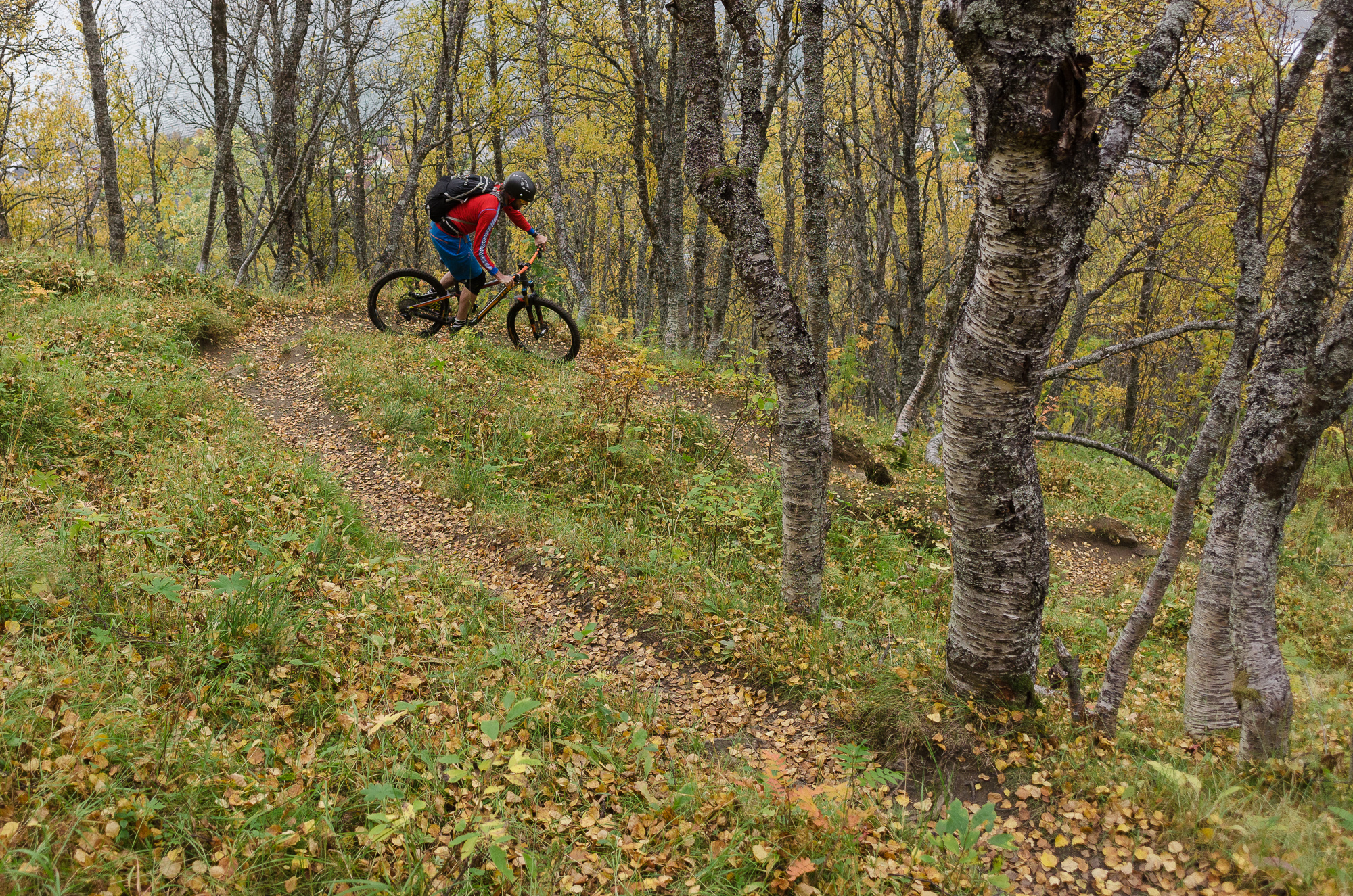 As far as weekend goes, I've had worse. Again thanks to everyone who helped surprise me, and especially to Andrea for planning everything!